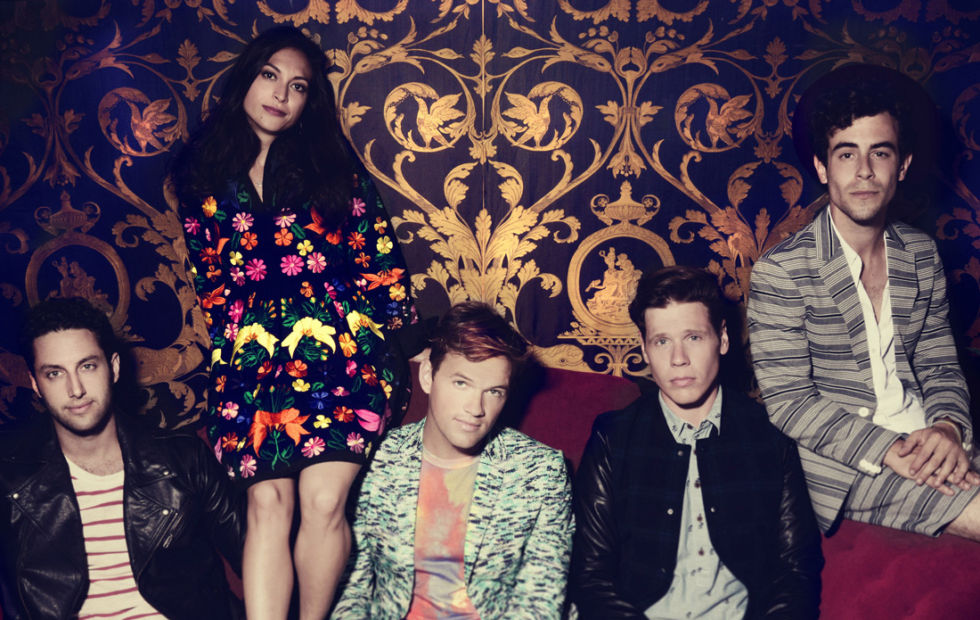 Take every good vibe and synth rhythm from the 1980s, mix them into a huge, soaring anthem, then cram them into a sweaty club show, and what you’re left with is a monstrously fun night with St. Lucia.  This April sees the welcome return of synth pop hero St. Lucia for a handful of shows across the east coast.

Joining St. Lucia on this run of shows is Sydney indie five-piece, The Griswolds.  They’ve had a jet setting 12 months since the release of their break-out Heart Of A Lion debut EP in 2012, recently appearing on festival lineups and tours in the USA, UK, Europe and Australia, and signing a world-wide deal with Windup Records out of New York City. The band are currently in their LA recording studio with Tony Hoffer (The Kooks, Beck, M83), and will release the debut single from their forthcoming LP in April, before heading back to the US and Europe over the northern hemisphere summer.

Through a swirling passage of superbly crafted melodies, chirpy synths and guitar lines, St. Lucia reveals a live experience that’s romantic, catchy and surprisingly sophisticated.  But more than anything it’s a whole lot of fun. 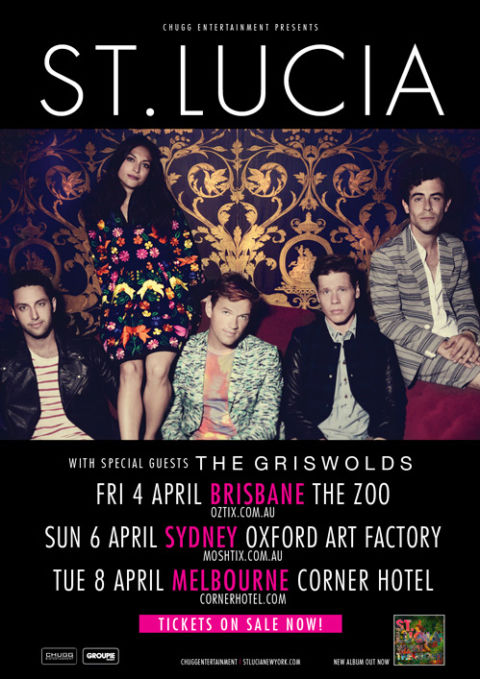