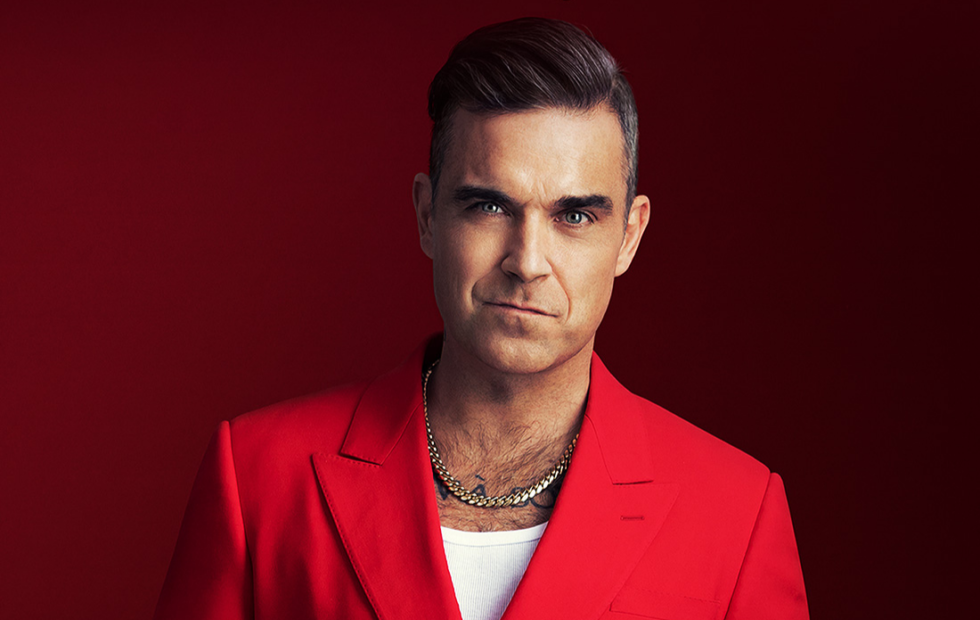 Frontier Touring and Chugg Entertainment are delighted to announce ‘An Evening With Robbie Williams’.  The global pop phenomenon will be in Australia filming his biopic ‘Better Man’ and will perform for fans at Rod Laver Arena, Melbourne.

In ‘An Evening with Robbie Williams’, ticket holders will be treated to one hour of Robbie’s greatest hits, followed by an interview where the UK superstar will share stories of his life and offer audience members an exclusive insight into how this will be translated into the forthcoming film, Better Man.

This special event will include:

– Exclusive one hour live set of Robbie’s greatest hits
– On stage interview with Richard Wilkins about the biopic
– A chance to be on film!

Select performances from the night will be filmed for inclusion in the biopic, so fans are encouraged to raid the back of the wardrobe and come dressed in their best 90s concert-going outfit. ‘Better Man’ throws back to the story of Robbie’s life and some of the biggest concert moments of his career.

Don’t miss out on your chance to be part of ‘An Exclusive Evening With Robbie Williams’!