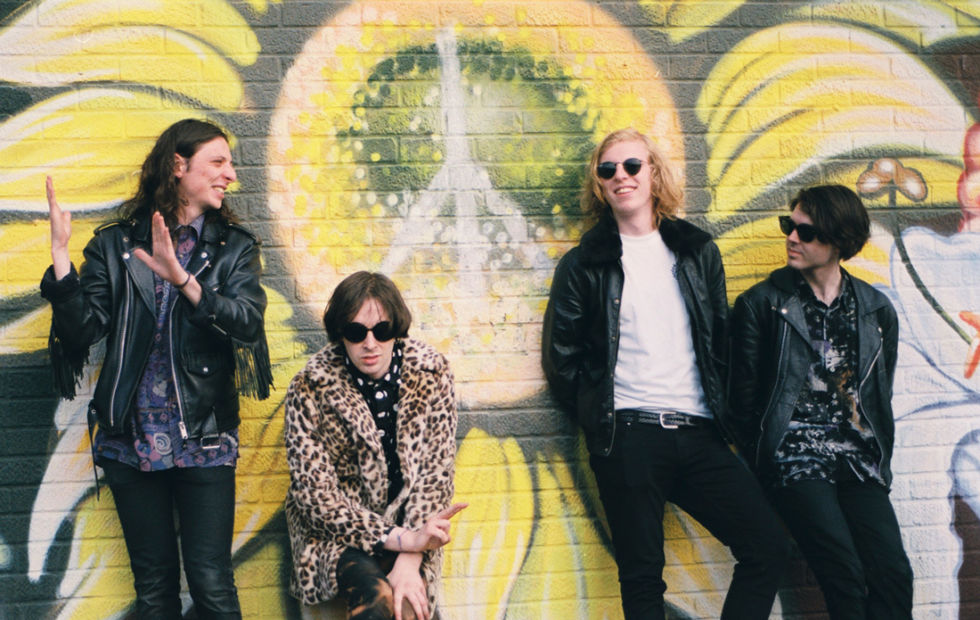 Super-hyped Birmingham quartet Peace are heading to Australia this September to show us what the Poms have been ranting about for the last year.

Since releasing their first single ‘Blood’ online in 2012, Peace have been declared the “future of indie” by NME, taken out the BBC’s “Sound of 2013” poll and been the subject of a bidding war between major record labels. Amid all the hype the band has also released their debut album, In Love, which NME says is “as rejuvenating as a wash of zesty orange juice over a crushing hangover”.

None of this attention seems to have phased the Birmy boys, though, who upon signing their new record deal with Columbia made the label put up a billboard in their hometown that declared, “What the Fu*k Birmingham?!” Speaking with Outlineonline mag singer Harrison Koisser explained the thinking behind the billboard. “We wanted to make sure – well we were having fun – but we were testing them, it really showed that they were serious and it showed that we were gonna do things our way”, he said. 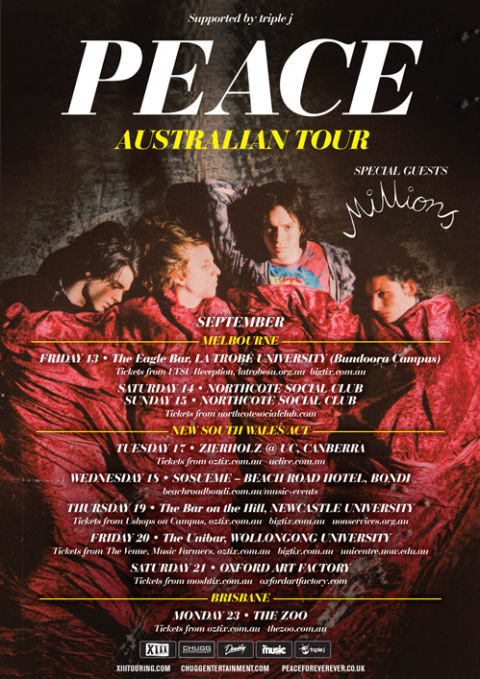