After years of invention, innovation, reinvention and creation, Newton Faulkner has returned with his third album, Write It On Your Skin. How has he reimagined things this time? The dreadlocked balladeer has opened himself up to the talents of other writers and players. Not, it should be hastily added, the latest Scandinavian pop hit-machine maestros. And not the best Los Angeles session vets. True to idiosyncratic form, Faulkner has squirreled out empathetic and unique talents to help colour out his always robustly melodic songs.

Still only 27 years of age, Newton Faulkner’s career has followed an illustrious trajectory in which he released three studio albums that garnered him universal acclaim. Faulkner’s rise was sharp, reaching number one on the UK charts in 2007 as a youthful troubadour and his guitar with his debut release Hand Built By Robots, an album that went platinum in both the UK and Australia. Where his debut introduced the world to the fleet-fingered prince’s sparkling guitar pop, 2009’s follow up Rebuilt By Humans further cemented Faulkner’s place as one of the world’s best one-man bands.

The first single off the new album, Clouds was written by Newton in a garage in the LA sunshine with his brother Toby and Sam Farrar (Phantom Planet). The track sums up over-riding themes on the album, which is “I know things appear to be bad now but they will get better.” During the recording process of the album, Faulkner opened himself up to the talents of other writers and players with his brother (aka songwriter Billy Battenberg), Farrar and production writing pair, Nexus. The result is an album bristling with spontaneity and the best kind of DIY imagination. 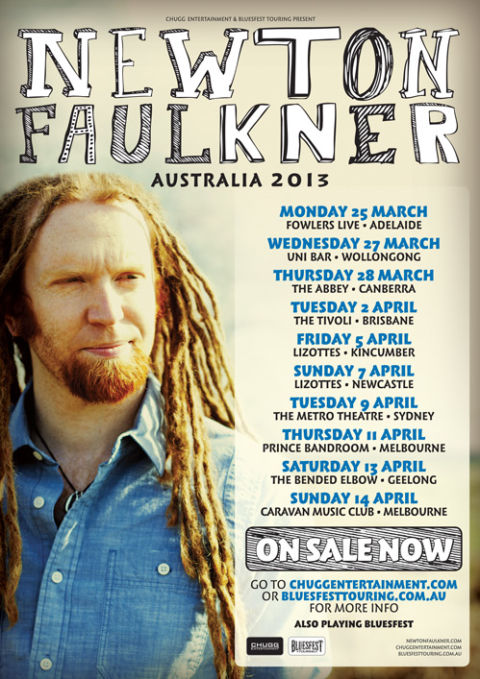