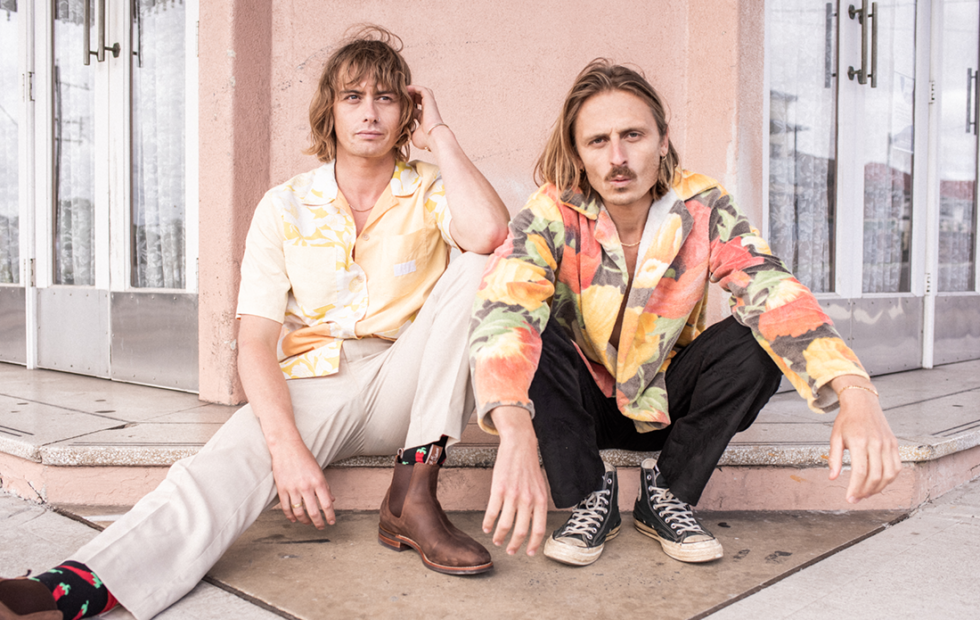 Hailing from Sydney’s Northern Beaches, Lime Cordiale – comprising brothers Louis and Oli Leimbach – have been kicking major goals; the band’s sophomore album 14 Steps To A Better You topped the ARIA Album Chart on release in July last year, and was embraced by tastemakers around the world, taking out the coveted J Award for Best Australian Album.   In a watershed moment last year, Lime Cordiale chalked up an incredible eight ARIA Award nominations, making them the most-nominated act of 2020 and landing them their debut ARIA Award for Best Breakthrough Artist. Soon afterward, in January’s triple j Hottest 100 countdown, the band scored an unprecedented five tracks in the top 26, their highest-ranking song ‘On Our Own’ claiming 11th position.  The band’s live performance is the stuff of legend. Their shows have been touted as “raucous” by The AU Review, and “triumphant… a therapeutic musical extravaganza guaranteed to cure those post lockdown hangovers” by Beat. Always high octane, frontman Louis is the ultimate showman, as the brother’s distinctive vocal and on-stage charisma sets the ultimate party vibe.   In 2020, Lime Cordiale’s hit singles ‘Robbery’ and ‘Temper Temper’ gained Platinum accreditation, and over the past eighteen months the band have accrued an additional 7 x Gold singles. With 1.5 million monthly listeners and upwards of 217 million streams on Spotify, close to 20 million Apple Music streams and YouTube views exceeding 13 million, the band is on a fast rise. They’ve supported Tones & I across North America, and in 2019 played to over 30,000 fans around Australia alone.   Needless to say, the brothers Leimbach are here to stay, and this is one live show you don’t want to miss. Gather your mates and jump on tickets… you know it’s gonna be a good time.