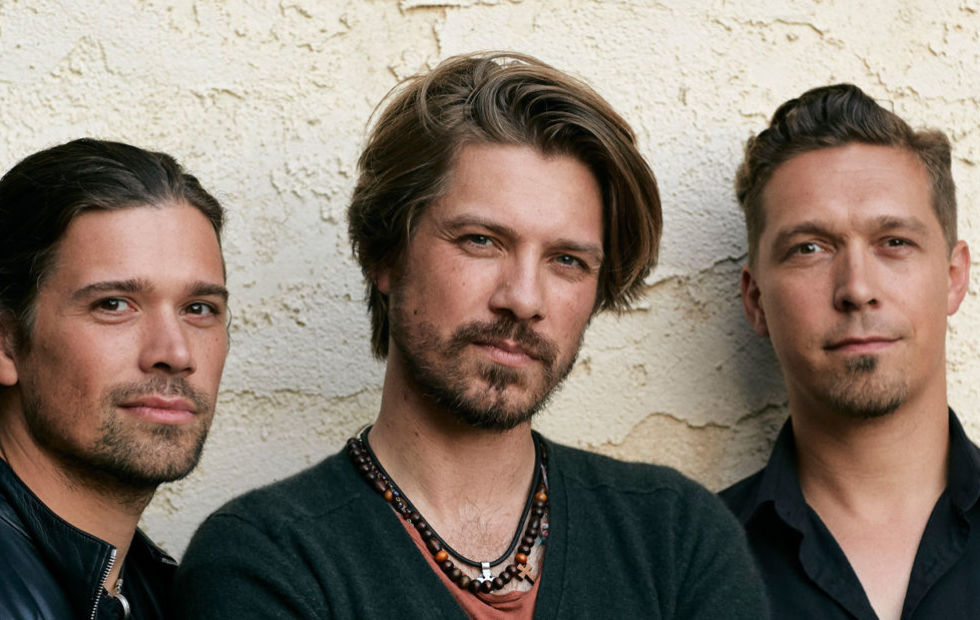 Following a sold out 25th Anniversary World Tour and Greatest Hits release, Grammy nominated multi-platinum pop-rock trio HANSON is beginning the next 25 years with a musical project unmatched in their history.

String Theory brings together an exciting collaboration of song craftsmanship and symphonic majesty, framing the established trio’s music through a special collaboration with Academy Award winning arranger David Campbell, spawning both a world tour featuring the band playing live with Symphony Orchestras, and a studio album.

Over the past 25 years, Hanson have made a significant mark in music, beginning with their meteoric rise off the back of 1997 global smash ‘MmmBop’. Their debut album Middle Of Nowhere spawned a string of Top 40 singles, followed by countless radio hits, five more studio albums, multiple Grammy nominations and record sales exceeding 16 million.

HANSON’s most ambitious musical project to date, String Theory features songs spanning the band’s entire career from ‘MmmBop’ to ‘Where’s The Love’, ‘This Time Around’ and more, plus brand new or never-released-to-the-public songs like ‘Reaching For The Sky’ and ‘Siren Call’. 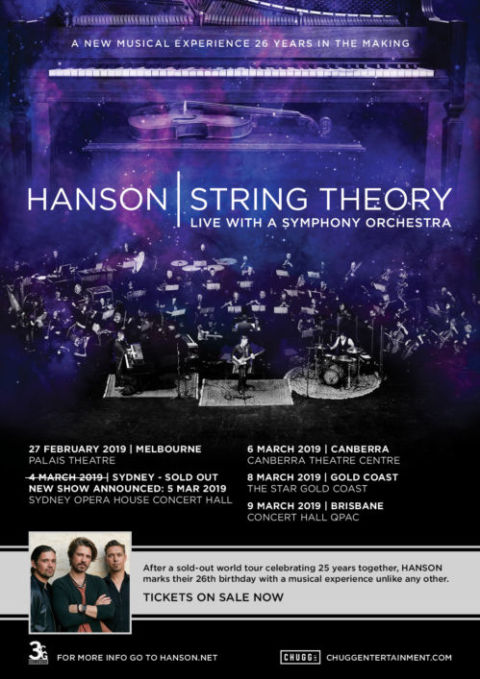