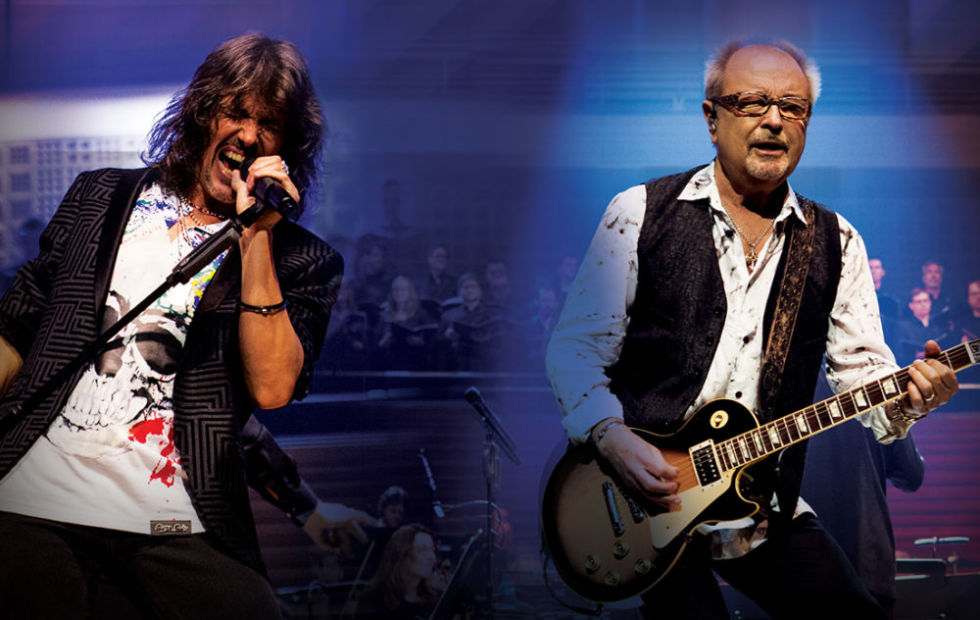 The legendary rock band are returning to Australia to perform a series of newly envisaged orchestral concerts in Canberra, Adelaide, Perth, Melbourne and a night at the iconic Sydney Opera House Concert Hall on Thursday 18th October.

At Foreigner’s core is founder and Songwriters Hall of Fame member Mick Jones, he reformed the band after a 2002 hiatus and selected lead singer Kelly Hansen to help write an inspired new chapter in the history of Foreigner. Mick also brought in multi-instrumentalist Tom Gimbel, bassist Jeff Pilson, keyboardist Michael Bluestein, Bruce Watson on guitar and Chris Frazier on drums. An unprecedented new level of energy led the group to a re-emergence of astounding music that speaks to long time Foreigner fans and younger generations.

Australian and New Zealand fans will be thrilled to witness the prolific rockers belt out all of their iconic hits with an 18-piece orchestral backing, led by celebrated Canberra conductor Kenneth Lampl. Fan favourites including ‘Feels Like The First Time’, ‘Cold As Ice’, ‘Waiting For A Girl Like You’, ‘Urgent’, and the timeless #1 global smash, ‘I Want To Know What Love Is’, will bring audiences to their feet. 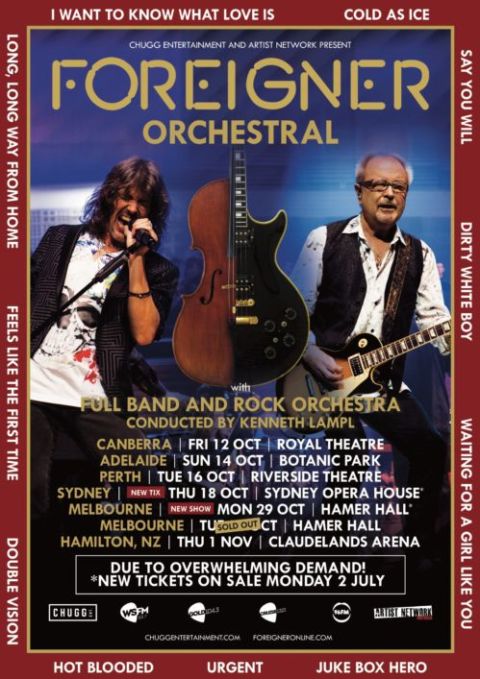