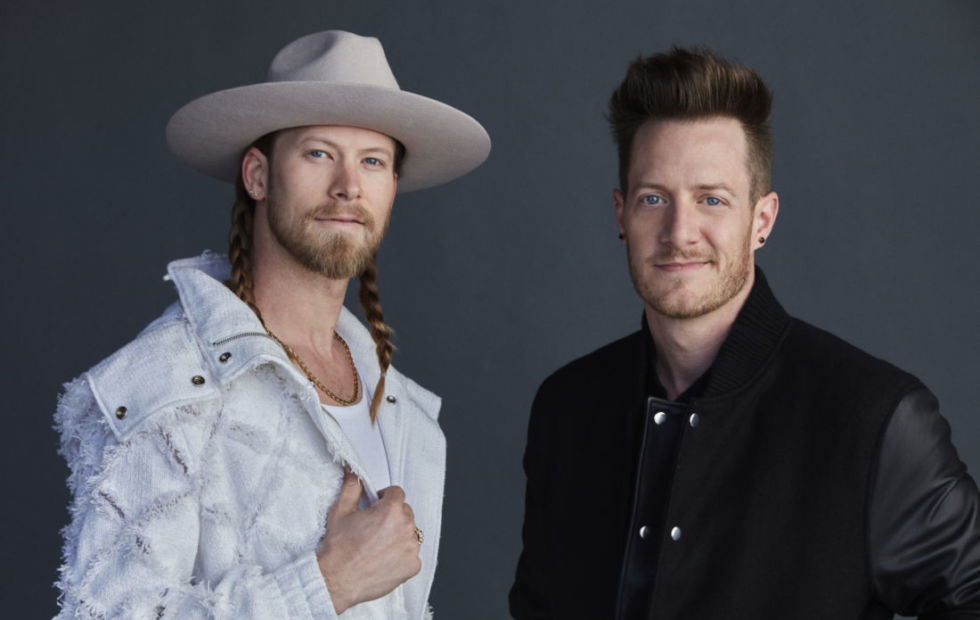 As the first country act ever to be Diamond certified (10 million copies sold), Florida Georgia Line are a crossover phenomenon, collaborating with Bebe Rexha on this year’s global chart-topper ‘Meant To Be’, featuring on Hailee Steinfeld and Alesso’s ‘Let Me Go’, plus collaborations with The Chainsmokers on ‘Last Day Alive’, ‘God, Your Mama, And Me’ with The Backstreet Boys, Ziggy Marley, Tim McGraw, Nelly, and countless others.

No strangers to huge audiences, this year Florida Georgia Line’s Tyler Hubbard and Brian Kelley have played sell-out stadiums across North America, and are slated to headline Australia’s biggest country music festival, CMC Rocks QLD 2019. After a scorching debut Rocks appearance in 2016, the duo have taken the world by storm, their genre-defying blend of country, pop, hip hop and rock is top-shelf, making for an explosive live experience.

US hit-make Morgan Wallen joins the line-up in Cairns, having toured with Florida Georgia Line on their Dig Your Roots Tour, and collaborating with the duo on US Country chart-topper ‘Up Down’. 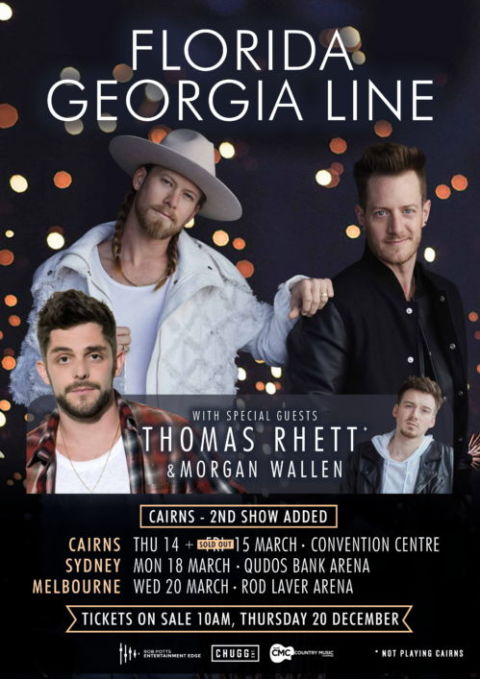