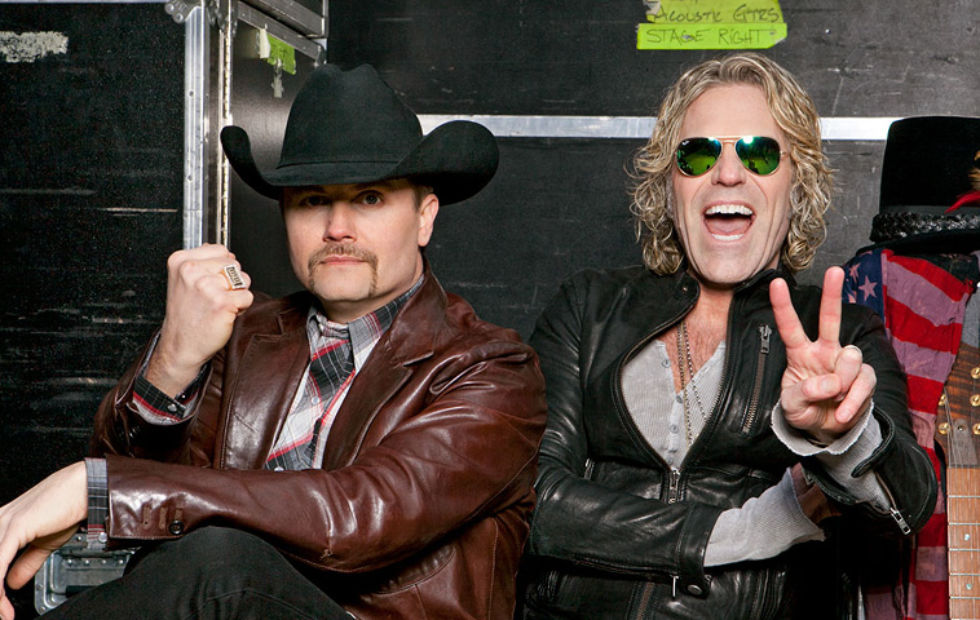 Get ready for a rowdy night in Sydney and Melbourne next March when the wildest duo in country music BIG & RICH (USA) return to Australia for their first ever headline shows.  Rob Potts Entertainment Edge and Chugg Entertainment announced the Sydney and Melbourne shows today for the American superstars, who are already confirmed for CMC Rocks QLD festival. Special guest on both shows will be CHRIS YOUNG (USA).

With sales in excess of five million albums, six top 20 singles and a decade of mind-bending, roof-raising, live performances, Big & Rich (Big Kenny Alphin and John Rich) has conquered the world and Australia is no different.

With a jaw-dropping six #1 singles under his belt at only 29, velvet-voiced singer-songwriter CHRIS YOUNG (USA) has become one of today’s most consistent hitmakers, with his talent for penning both cheeky and deeply emotional tunes and an unmistakable baritone voice that makes women melt. 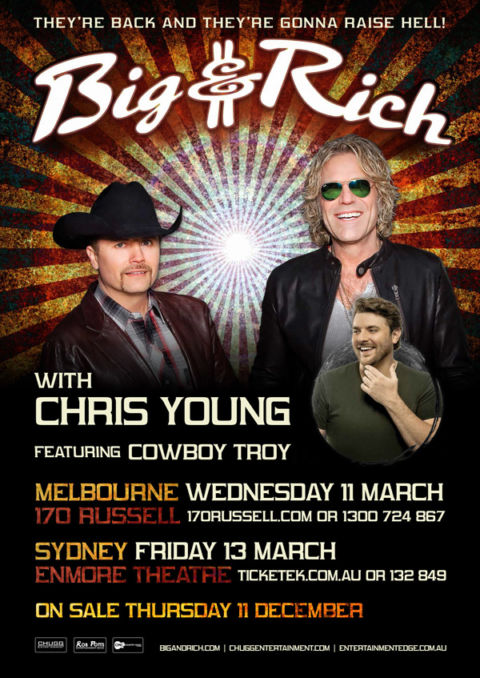