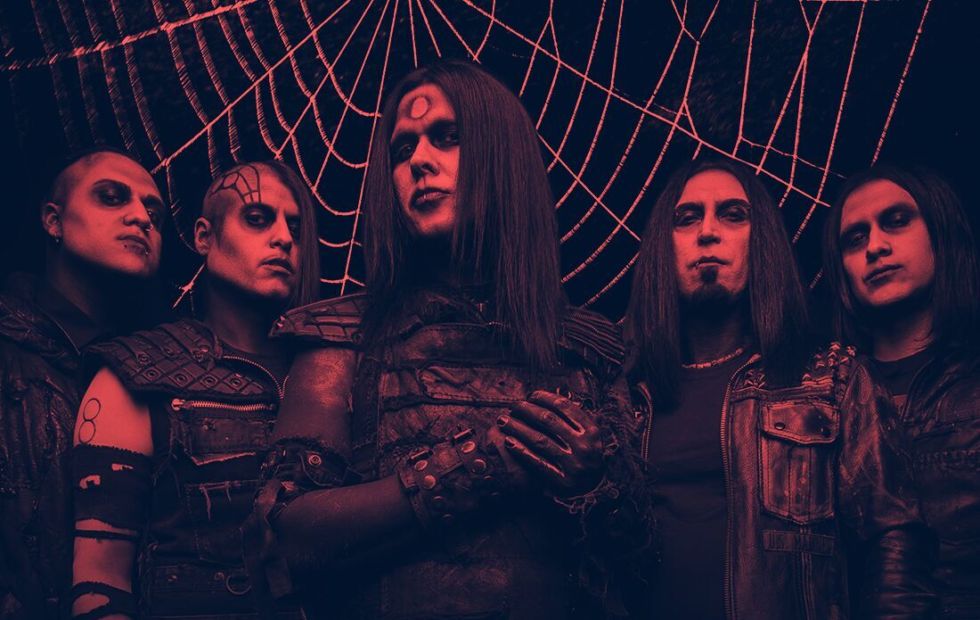 Get a double dose of Shock Rock as WEDNESDAY 13 and DAVEY SUICIDE join forces to bring their devilish goodness and a very early Halloween to Australia.

A grimly glamorous ghoul who first slithered from the cobwebbed shadows of Charlotte, North Carolina, in the early 90s, WEDNESDAY 13 has firmly established himself as the world’s premier purveyor of balls-out horror punk insanity.  With a vivid and vile imagination that has endeared him to countless fans of riff-driven macabre over the last two decades, he has been one of rock’s most prolific protagonists, spreading his credo of grave-robbing rock ‘n’ roll and Hallowe’en debauchery around the globe and unleashing a seemingly endless stream of blood-spattered albums and EPs. 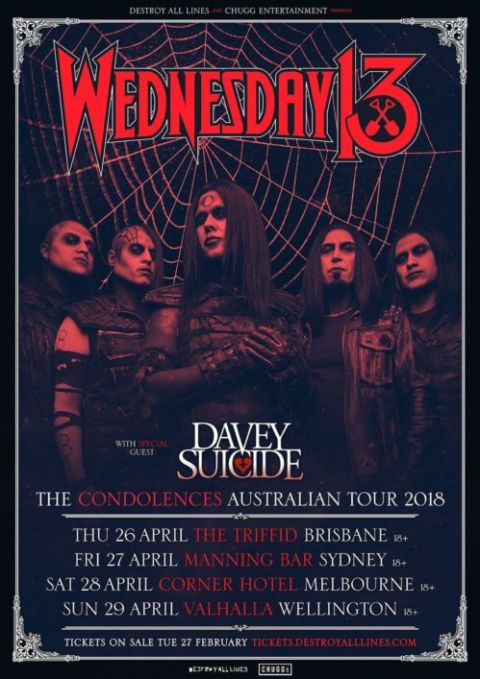