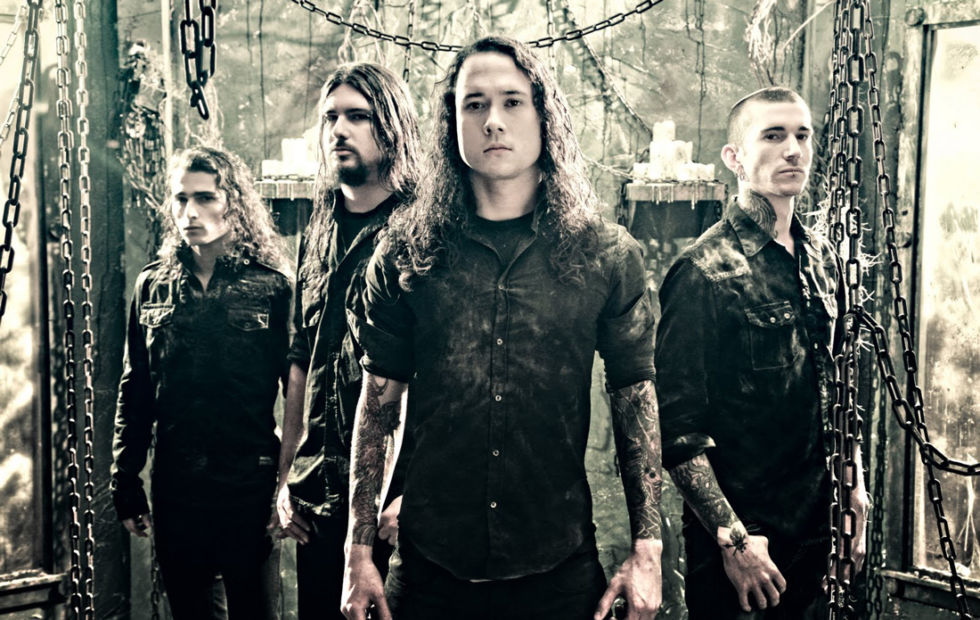 With a swag of awards and sold out stadium tours across the globe left in their wake, we are thrilled to announce that US metal monoliths TRIVIUM will be shredding across Australia this April.

Widely tipped for greatness (some prophecies come true!) after their successful sophomore release, ‘Ascendancy’ in 2005, Kerrang! Declared it “the most skull-peeling collection of pulverizing metal grooves and fretboard annihilation you’ll hear in a long time.” Five studio albums late, TRIVIUM are continuing their climb towards metal greatness with the release of their new album, ‘Silence In The Snow’. “Silence might be remembered as the moment Trivium secured their status as modern metal great.” – The Guardian 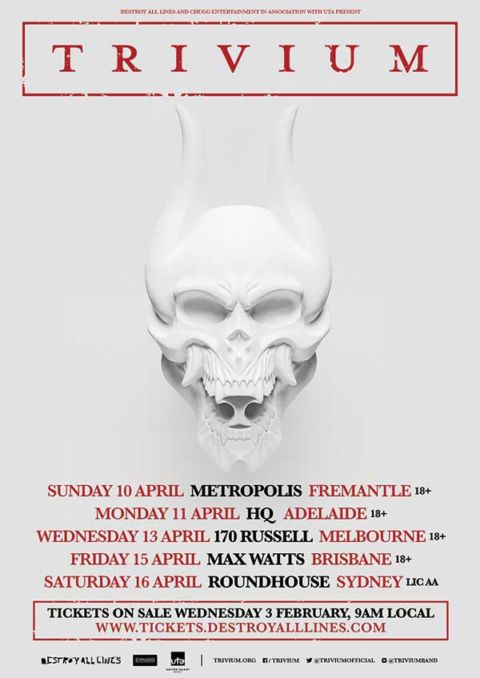