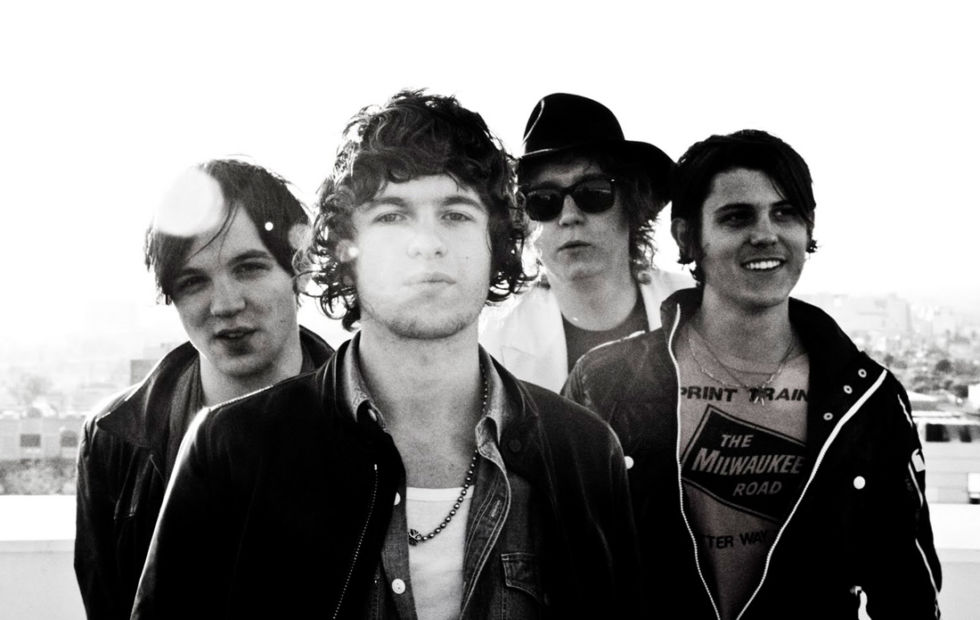 Having toured Australia many times, the last being a sold out tour around Groovin’ The Moo in 2013, these are the largest headline shows they’ve played here, and are set to be huge.

The Kooks released their eagerly anticipated new album Listen (Virgin/EMI) earlier this month, with Q Mag stating “This is a very good album. The Kooks sound like a band rejuvenated”.   Produced by Luke Pritchard and young hip hop pioneer Inflo, it showcases a new direction and sound for the multi-platinum selling UK act.  They already laid down the gauntlet with swaggering first taster Down, then followed up with second single Around Town, which was another shift away from classic Kooks into unchartered territory and was the first track written for the forthcoming album.

Joining The Kooks are special guests The Griswolds and Catfish & The Bottlemen.  Sydney based 4-piece, The Griswolds, are recently returned from 6 months of touring and festival appearances in the USA, where the lead single, Beware The Dog, from their debut album, Be Impressive, is currently #14 at US Alternative Radio, and #1 on tastemaker station, Alt Nation.

Welsh indie-rock four piece, Catfish & The Bottlemen have made a huge splash onto the scene and things will only get bigger and better on this, their first visit to Australia.  With their current single Cocoon currently on high rotation on triple j, they’ve also had several of their singles premiered on Zane Lowe’s iconic “Hottest Record In The World” segment, and garnered play listing on Radio 1.  In recent times they’ve performed at over thirty international festivals including Reading & Leeds, Latitude and Governors Ball in NYC. 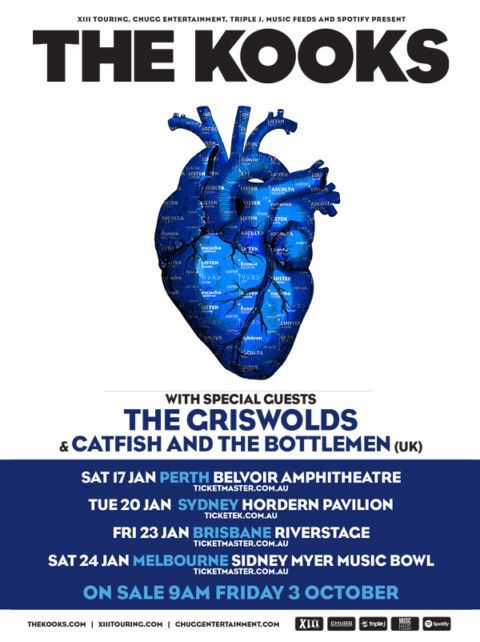