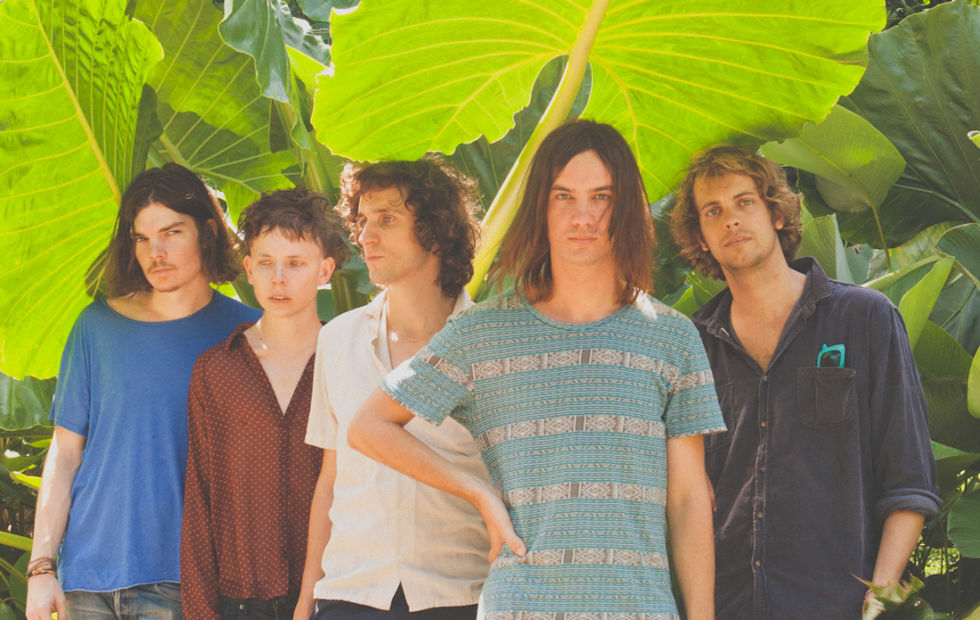 West Australian natives, Tame Impala, are Kevin Parker, Dominic Simper, Jay Watson, Nick Allbrook and the most recent addition, Julien Barbagello. They loosely formed in 2007 from a collection of Perth bands releasing their first EP in 2008, followed by the debut album Innerspeaker (2010) and the follow up, Lonerism (2012).

The 2010 release of Innerspeaker, with its irreverent, contemporary spin on assumedly dead and forgotten sounds, along with its unique approach to melody; unparalleled yet understated, reaped international recognition for a seemingly new collective of musicians. Recorded and produced entirely by Kevin Parker, in what is essentially a treehouse with 180 degree views of the Indian Ocean, Innerspeaker was then engineered by Death In Vegas’ Tim Holmes, with Dave Fridmann of Flaming Lips fame on mixing duties.

As each single rolled out, from Solitude is Bliss and Lucidity to Why Won’t You Make Up Your Mind, so too did the worldwide recognition. The band began their global campaign, playing headline shows and appearing at festivals across North America and Europe, and in doing so, began accruing countless accolades.

Following the Innerspeaker whirlwind, and some much needed respite for the band, Parker went back into writing mode with his trusty home recording setup, a portable set up at that, with the album being recorded around the world, most predominantly in Perth and Paris. Again, mixed by Dave Fridmann, the end result was Lonerism, gifted to their eager fans in October 2012.

In Kevin’s own words, Lonerism incorporates “an expanded sonic palette, more emotional song writing, and a more pronounced narrative perspective.” Beyond widely cited influences of A Day In The Life-era Beatles, musically, Parker takes guidance from a multitude of sources as far as early-70s psychedelia, proto-metal and electronica – all arranged with an innate pop sensibility. Displaying stunning originality and technical ability, their music is underpinned by genuinely great song writing; digging deep into the themes of loneliness and isolation. 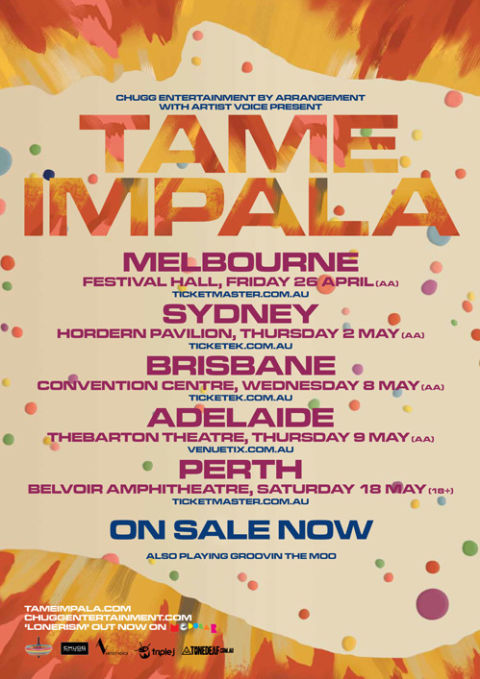