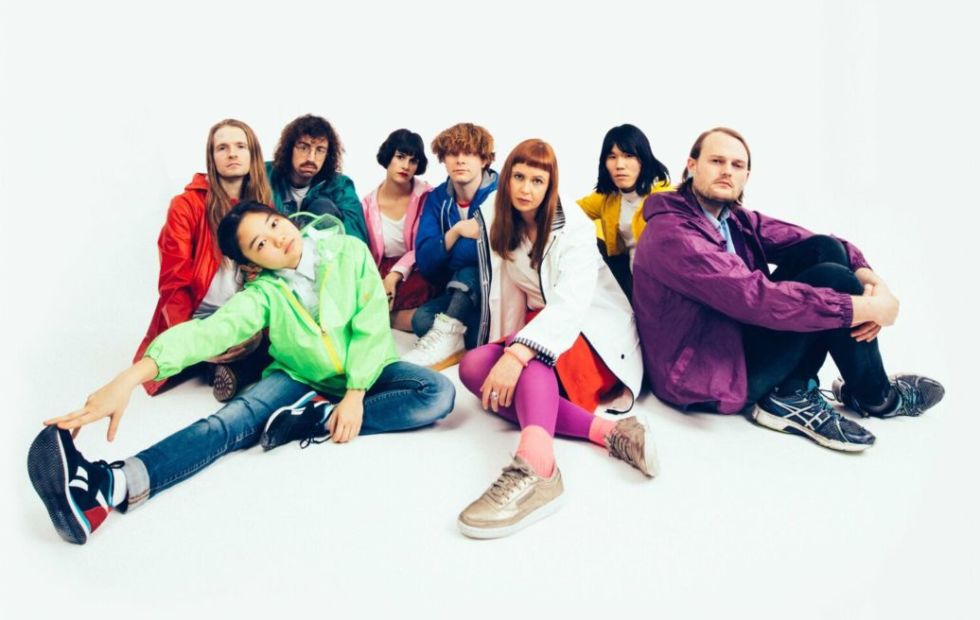 Rising to prominence off the back of their technicolour pop single ‘Something For Your M.I.N.D.’, SUPERORGANISM  have been on a runaway train of success. They have sold out debut shows around the world, been longlisted for BBC Sound of 2018, performed live on Jools Holland, and been championed by both Frank Ocean and Vampire Weekend’s Ezra Koenig, on their respective radio shows.

Joining Superorganism on their Australian dates is local up-and-comer G FLIP. With self-produced debut single ‘About You’, G Flip has gained traction both locally and internationally across the likes of NPR, Pitchfork, Pigeons and Plans, triple j and more. It’s an addictive, bittersweet shard of shimmering pop, inspired by her “hectic, toxic, cinematic” on-off relationship.

“They will f**k with your brain, turn it inside out, make you question what you knew to be possible from the art of using instruments to make music” – Noisey 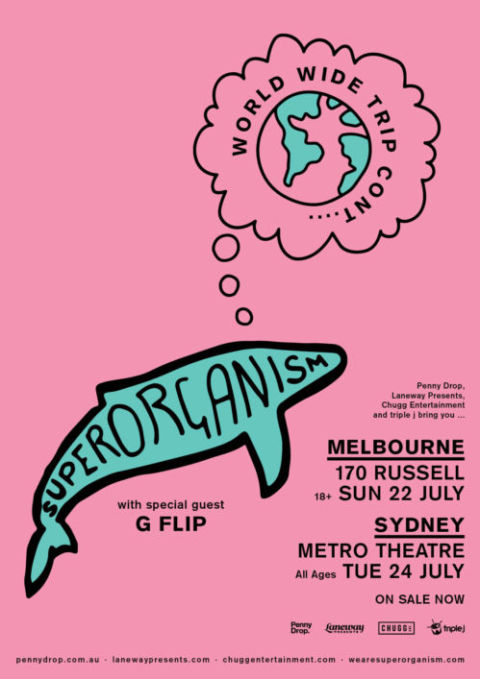