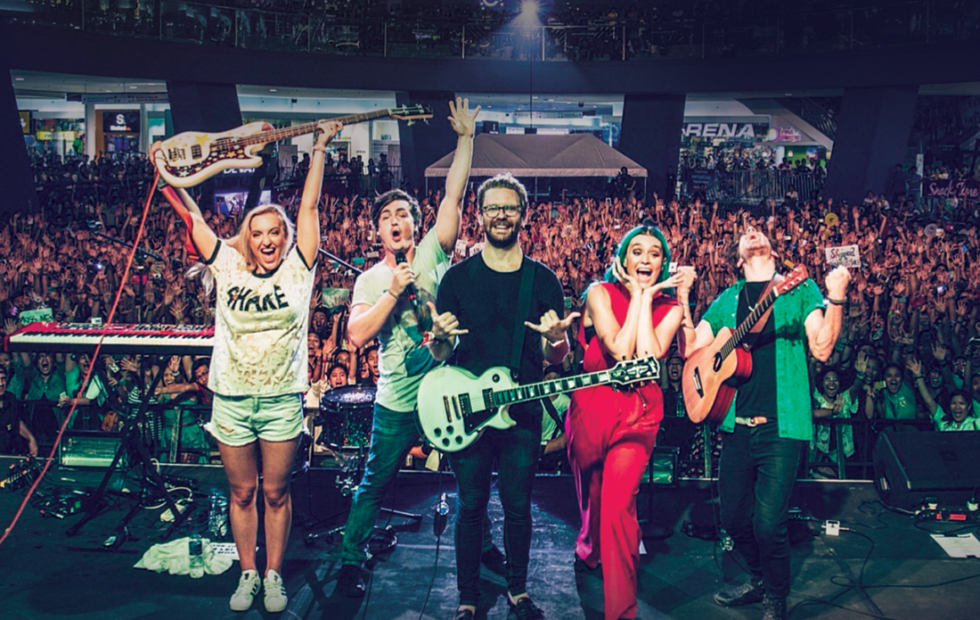 Brisbane chart-toppers SHEPPARD announce the first shows of the biggest tour of their career, visiting over thirty regional, metro and suburban communities.

With a victory lap to celebrate their #1 album ‘Watching The Sky the band are heading out to do what they do best—playing live with hits from the new album including ‘Hometown’, ‘Coming Home’ and ‘Keep Me Crazy’ as well as their multi-platinum smash hits ‘Geronimo’ and ‘Let Me Down Easy’.

“From the moment we got the news that we’d gone #1 we started planning how we could have the biggest possible party to say thank you to everyone who has supported us,” said singer George Sheppard. “We’d be nowhere without the support of the fans and this is our opportunity to get out and repay the favour— with many of these communities getting their first ever taste of Sheppard live!”.

All shows will include signings and meet and greets for fans to meet the band in person after each show. 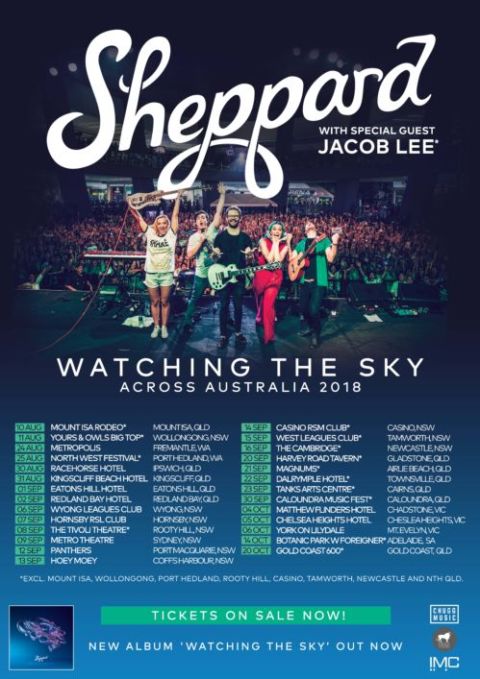