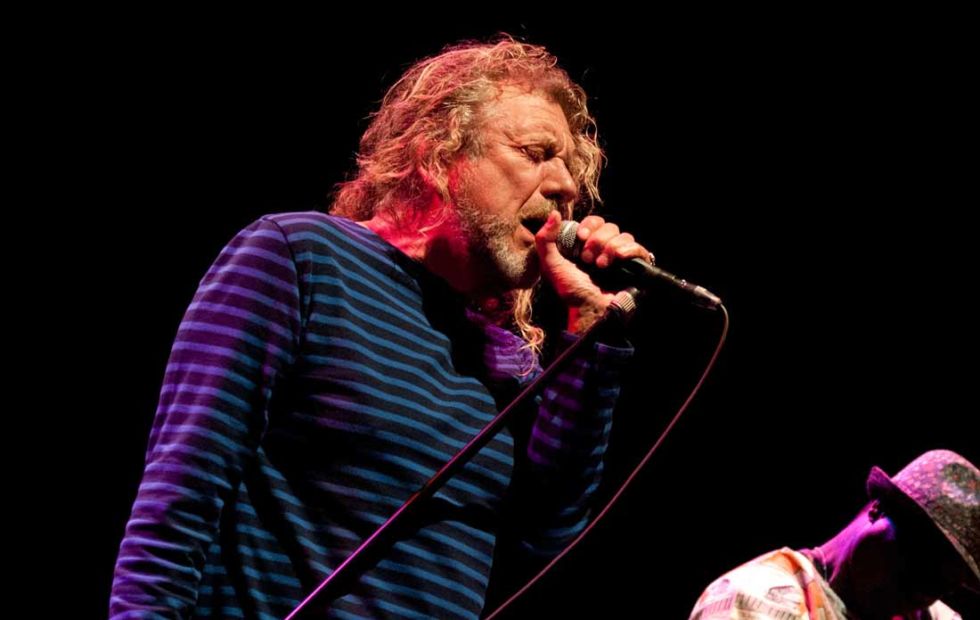 Why is it that we’re still hanging on every word Robert Plant sings? Why are his recordings so eagerly anticipated over 40 years into his career in popular music? Two reasons stand out above all others…

First; his voice. Surely the predominant element in reaching listeners, in making a connection with each individual, is a compelling voice. Plant’s vocals are compelling in spades: the tone, capable of everything from heartbreaking tenderness to a trademark edginess, the phrasing that lends a distinct urgency, and, perhaps most importantly, the sense of poetry, of mystery.

The second reason for Plant’s enduring ability to draw us in is that through all these years, he’s remained curious – really curious. Not content to reconstruct one of the most successful bands in the history of rock or even to stay with a particular sound for too long, Plant seems to have an unquenchable thirst for music that moves him – whether it is to be found in Northern Africa or deepest Appalachia.

Plant made his first commercial recordings in 1966, and the following year formed a group called Band of Joy with drummer John Bonham. Soon Bonham and Plant joined forces with guitarist Jimmy Page and bassist John Paul Jones to form The New Yardbirds, which not long after became Led Zeppelin. Since the band’s separation in 1980 following Bonham’s death, Plant has spent 32 years travelling the world drawing from unique and exciting musicians from around the globe, continuing the musical evolution that kicked off 45 years ago. Forever putting his wide-ranging musical fascination to good use on solo albums, with Jimmy Page, and in recordings with bands like The Honeydrippers, Priory of Brion, and Strange Sensation.

Plant continued to expand his horizons with 2007′s collaboration with Alison Krauss on Raising Sand. Produced by T-Bone Burnett, the album’s unlikely but magnificent blend earned innumerable critical raves as well as six Grammy® Awards, including Album of the Year and Record of the Year (for Please Read the Letter, a Plant/Page song).

The Sensational Space Shifters are his latest project, a loose band “inspired by the roots music of Mississippi, Appalachia, Gambia, Bristol and the foothills of Wolverhampton and drawing on influences collected in a lifetime of meander and journeying.” Along-side Robert are his semi-regular guitarist Justin Adams and Juldeh Camara from Gambia, Justin’s Ritti – playing partner in their duo Juju.

Exciting audiences around the world, he presents songs from his early days in Led Zeppelin to his more recent adventures in the heart land of the US, in dizzy collisions of rhythm and power. His current companions have created a performance that digs deep into the roots of the blues, turning ancient, dark music that inspired so much of British and American rock on its heard. He mixes crazy trans-rhythms and psychedelic to create a powerful and unique adventure. 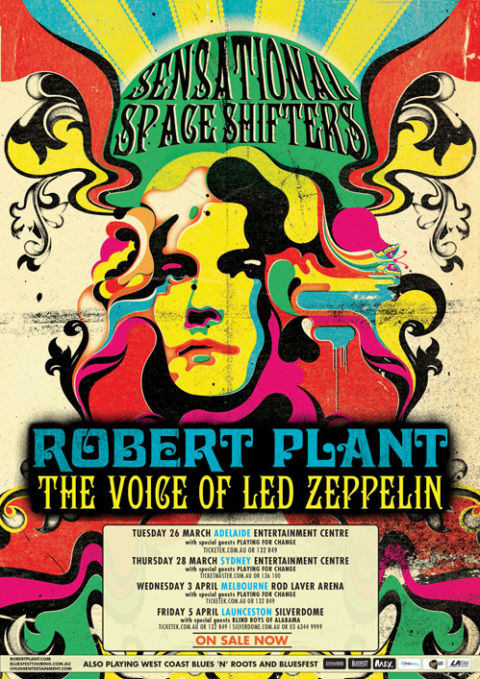