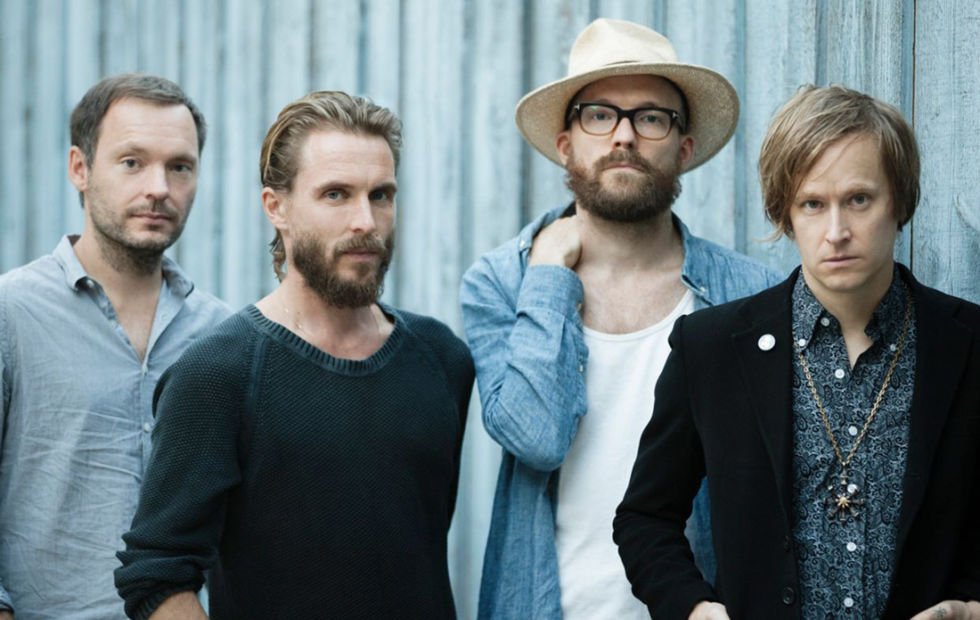 Legendary Swedish hardcore punks, Refused will return to Australia in January 2017 along with hardcore icons Sick Of It All (celebrating their 30th anniversary) and High Tension!

In 1998 a boundary exploding album was released that has since been elevated to all-time legendary status…’The Shape Of Punk To Come’. Their iconic status grew exponentially in the ensuing years, the band casting a giant shadow over the world of underground rock as they post-humously influenced a new generation of musical revolutionaries.

Refused reformed 14 years later in 2012 to a slew of sold out dates across the globe (including Australia) and this led to the release of their first new album in 17 years titled Freedom in June 2015. Freedom explodes with opening track Elektra, as front man Dennis Lyxzen’s throat-shredding declaration that “nothing has changed” catapulted Refused into the 21st century.

“It’s not a reunion anymore,” Lyxzen insists. “This is one of the most radical things we’ve ever done, both musically and lyrically.” “A thrilling, challenging, life-affirming rollercoaster of a record”. Kerrang 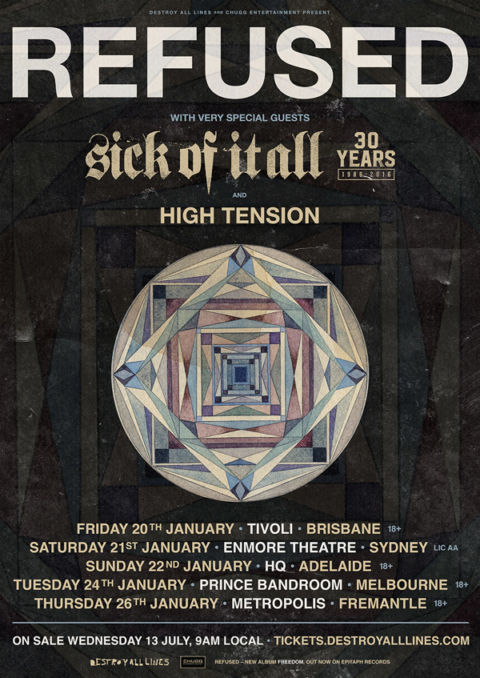