Since his last Australian visit, Raury has appeared on US television shows The Late Show with Stephen Colbert and more recently The Late Late Show with James Corden, graced the stages of some of the world’s premier music festivals including Bonnaroo, Lollapalooza, Sasquatch and Melt! Festival, sold out headline shows across North America, and featured in publications like Billboard, The New York Times, and Paper Magazine. Raury’s vibrant on-stage charisma has seen him perform with the likes of Childish Gambino, Kid Cudi, Outkast, Kanye and more; He will tour extensively with Macklemore & Ryan Lewis in 2016, and counts Lorde among his many admirers. 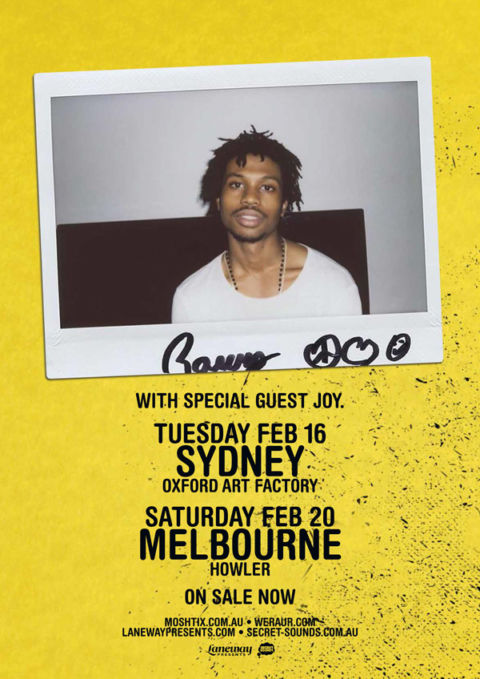