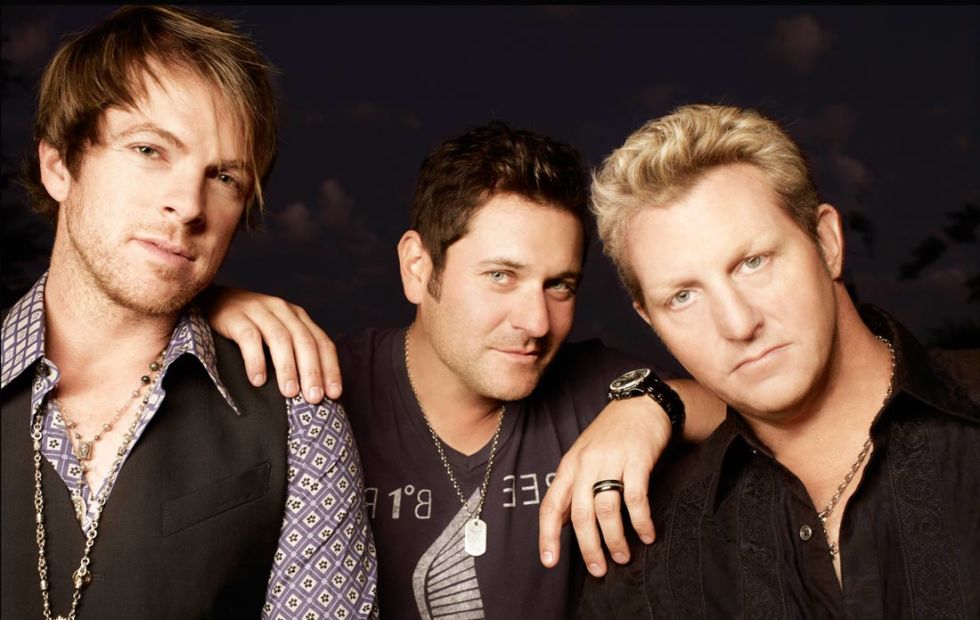 Rascal Flatts is one of the most successful groups in country music history, with over 21 million album sales, 25 million digital downloads, and 14 US #1 singles over the course of their 13-year career, including “Bless The Broken Road”, “Fast Cars and Freedom”, “What Hurts the Most”, “Life is a Highway” and “Banjo”. With over 40 awards, Rascal Flatts is celebrated by their millions of fans globally for their distinctive, knockout harmonies, high energy live performances and rich catalogue of songs that is equal parts party anthems and soaring ballads. This will be the first time the six-time CMA Vocal Group of the Year has performed in Australia.

The spotlight has been shining on sibling trio, The Band Perry, since the release of their self-titled debut album in 2010, yielding 5 hit singles, including the 4 x platinum Grammy nominated #1 smash, “If I Die Young”, (written by lead singer, Kimberly Perry). As reigning winners of the CMA “New Artist of the Year” award, their hip, contemporary sound combines elements of country, folk, 60s pop and classic rock, making their music as exciting and distinctive as their wonderfully blended three-part harmonies. 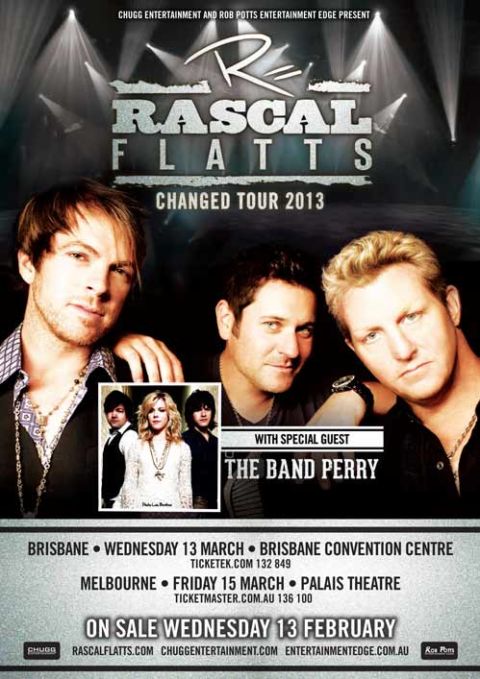