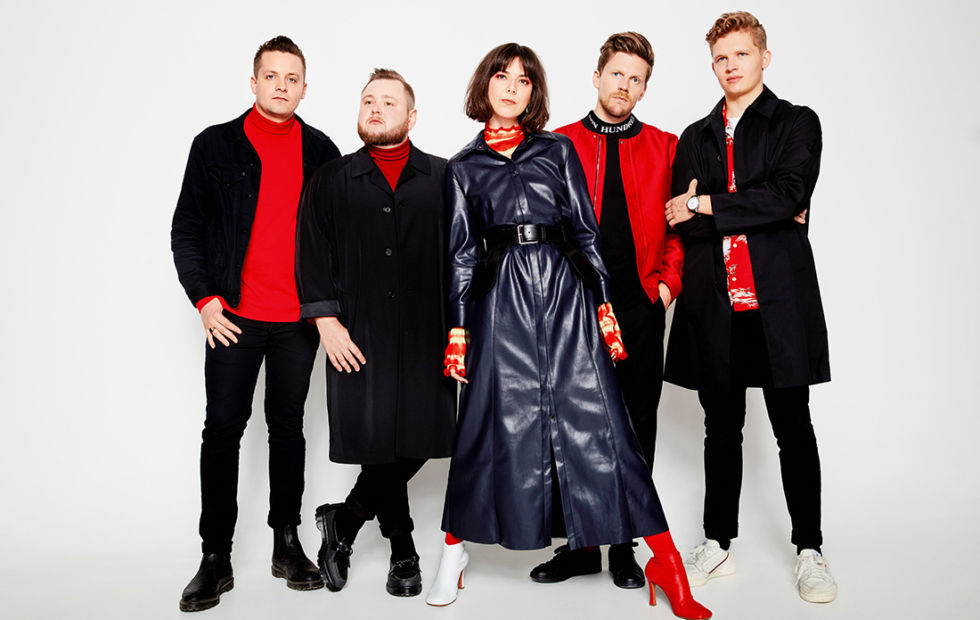 Multi-platinum Icelandic quintet OF MONSTERS AND MEN have announced a handful of special shows this summer!

The first Icelandic band to reach 1 billion streams on Spotify, Of Monsters and Men are a global force of indie-pop and stadium folk. Breaking through in 2011 with debut album ‘MY HEAD IS AN ANIMAL’, the release skyrocketed to No. 1 on the ARIA Charts. Lifted from that record, global smash single ‘Little Talks’ is six-times platinum in Australia.

Last on our shores in 2016, Of Monsters and Men embarked upon a sold-out East Coast run that demanded second shows to be added in all cities. Returning with impressive third studio album ‘FEVER DREAM’, new songs such as empowering Billboard No. 1 ‘Alligator’ will sit along crowd favourites in this unique live show.

“Their lyrics are profound and their sound mighty, OMAM engulf their audience and hold them in their grip until well after the show is over.” – Vulture Hound

Enthralling with a set that whimsically adds trumpet, accordion, trombone, and more to powerful dual female-male lead vocals, Of Monsters and Men have performed sold out shows across the globe, buzzing sets at Coachella, Glastonbury, Laneway Festival, and TV appearances on Game of Thrones, The Tonight Show with Jimmy Fallon, and Jimmy Kimmel.

An enigmatic live show that’s sure to be a treat, don’t miss Of Monsters and Men this summer. 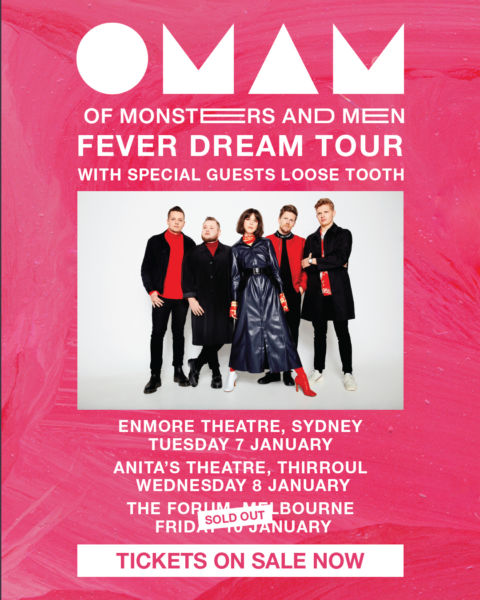