After delivering a rapturous performance at this year’s Splendour In The Grass festival, Of Monsters and Men descended upon the US to take in some of the country’s most eminent theatres, from New York’s Beacon Theatre to LA’s Greek Theatre, along with an appearance at Austin City Limits. The band continues to enthrall audiences with their unique live show, which famously incorporates everything from guitars, drums and bass to trumpet, accordion, trombone and keyboards, all coupled with dual female-male lead vocals.
Of Monsters and Men are currently in the midst of a huge European and UK tour including two sold-out London Brixton Academy shows earlier this week, and will close out the year in the States. 2016 will bring multiple Lollapalooza appearances, South African festival performances, and now an Australian tour. 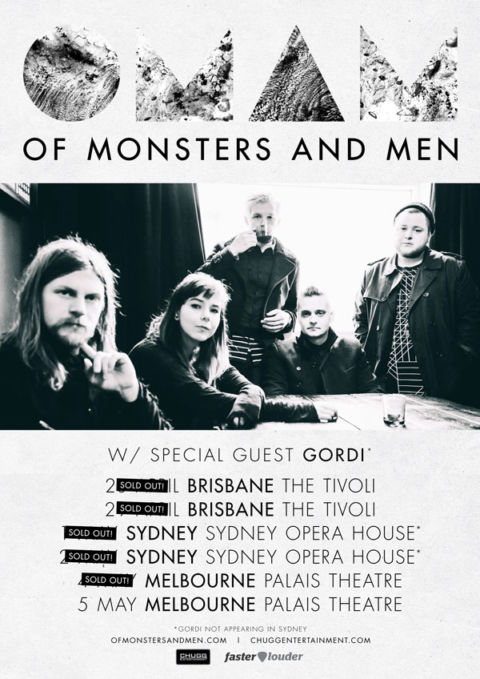