The Sun has barely set on their biggest yearly event Wrestle Kingdom 12 which was recently held at the massive 55,000 capacity Tokyo Dome and has created intense global interest. They are the hottest Wrestling Federation on the planet right now and to celebrate the success of Wrestle Kingdom 12 – New Japan Pro Wrestling officially announce their first ever tour of Australia.

The Australian Tour will be led by IWGP Heavyweight Champion “The Rainmaker” Kazuchika Okada and he will be joined by “The Ace of New Japan”, Current IWGP Intercontinental Champion Hiroshi Tanahashi and Current IWGP Heavyweight Tag Team Champions (members of Los Ingobernables de Japon), Sanada & ‘’King of Darkness’’ Evil.

These events will assuredly send shockwaves through the world of professional wrestling. NJPW is coming to Australia because the fans have demanded it! This is the company’s first full international tour! The hottest brand in professional wrestling New Japan Pro Wrestling continues is global branding in 2018 and it kicks off in Australia! 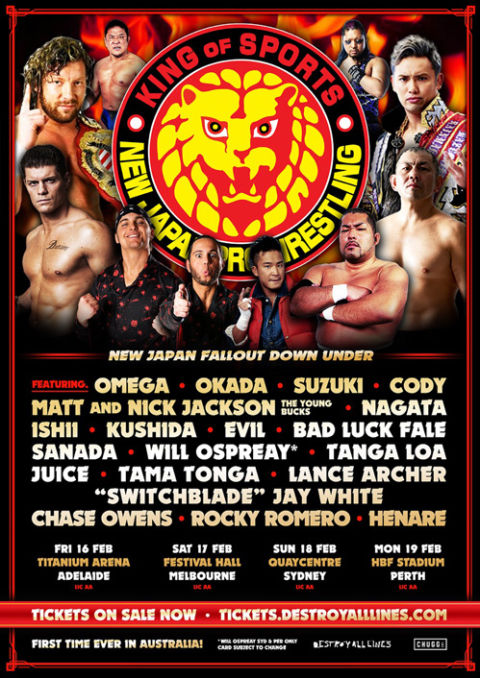