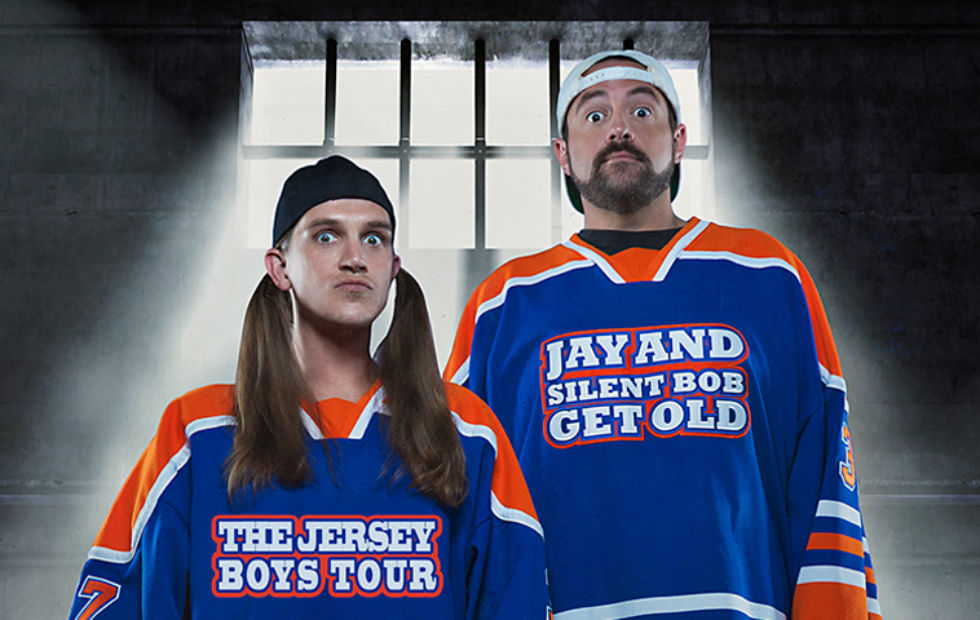 Jay and Silent Bob, Mewes and Smith’s cult alter-egos, quickly became much-loved icons after the release of Clerks, winner of the Filmmakers Trophy at the 1994 Sundance Film Festival and the Prix de la Jeunesse Award at Cannes Film Festival the same year. Their characters have gone on to pop up in Mallrats, Chasing Amy, Dogma, Jay and Silent Bob Strike Back and Clerks 2, all of which were written and directed by Smith.

Well known for his long and often hilarious talks and Q&A sessions, Smith is also a celebrated writer for both the DC & Marvel Comics empires, penning comics on legendary characters including Batman, Daredevil, Spider-Man and Green Arrow.

An Evening with Kevin Smith is a chance to get up close and personal with one of the most distinctive voices in US independent filmmaking and comedy. 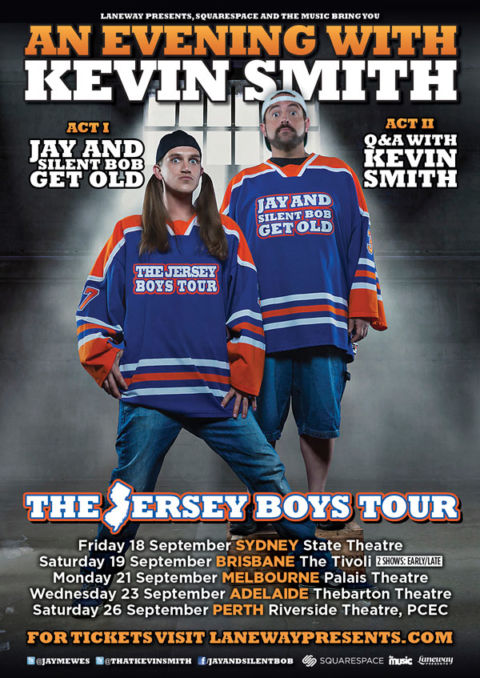