Hailing from New Jersey/New York, ILL NIÑO are a not just a meteorological event, they are a musical force to be reckoned with. Their revered album ‘Revolution Revolución’ marked what was the beginning for these founding fathers of Latin metal. ILL NIÑO offered something different, they brought a flair and ethnicity to the metal scene. With their jaw dropping percussive artillery and Flamenco guitar tones, the band meshed the Latino passion with an aggressive metal assault. Their live show is where they shine: driving, energetic and animated, not many bands can match them. The fans are what pushes ILL NIÑO to continue to dominate after a decade. 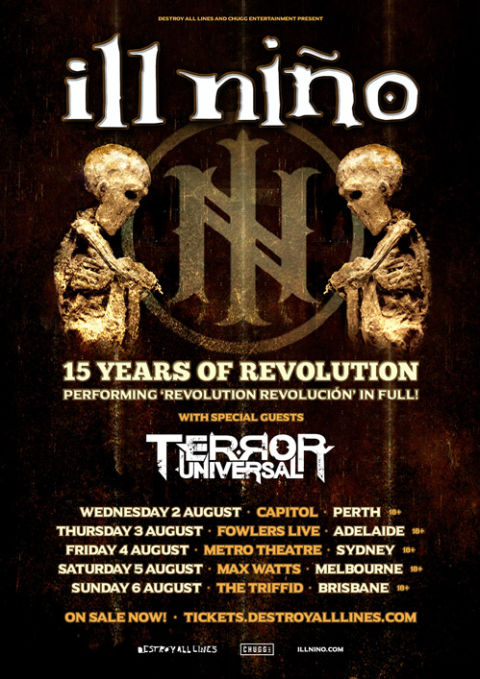