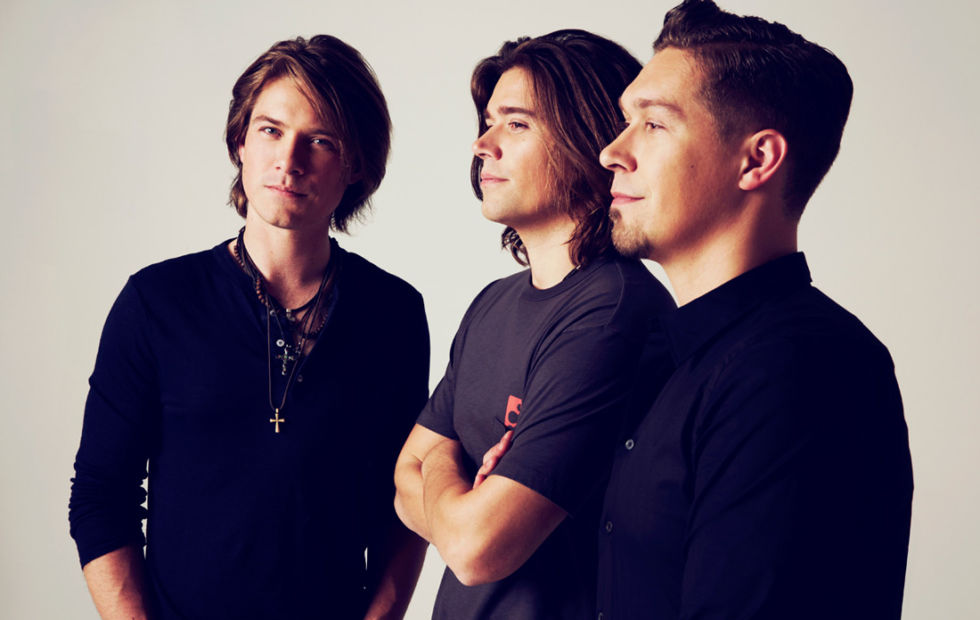 In celebration of the band’s 25th Anniversary, multi-Grammy nominated pop-rock trio HANSON return to Australia in June as part of their Middle Of Everywhere World Tour, which will feature performances of the group’s best-known material alongside fan favourites spanning their extensive catalogue.
“Making music together for 25 years is a milestone that we had to acknowledge, and what better way to do it than an anniversary tour,” said keyboardist Taylor Hanson. Added guitarist Isaac Hanson, “This year is not only about the two decades of music, it’s about celebrating the incredible community of fans who have been with us, singing along year after year”.

In addition to HANSON’s 25th Anniversary, 2017 is the 20th Anniversary of the band’s debut release Middle Of Nowhere, led by the iconic global smash hit ‘Mmmbop’. This June, Australian music lovers will be treated to feature performances of the group’s best-known material alongside fan favourites spanning their extensive catalogue. 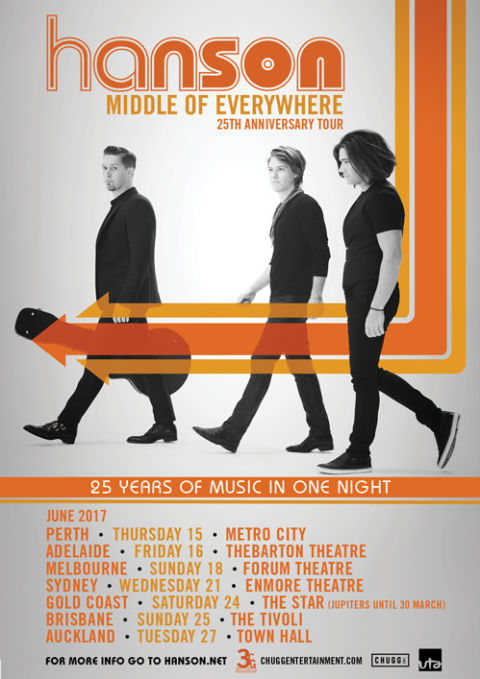