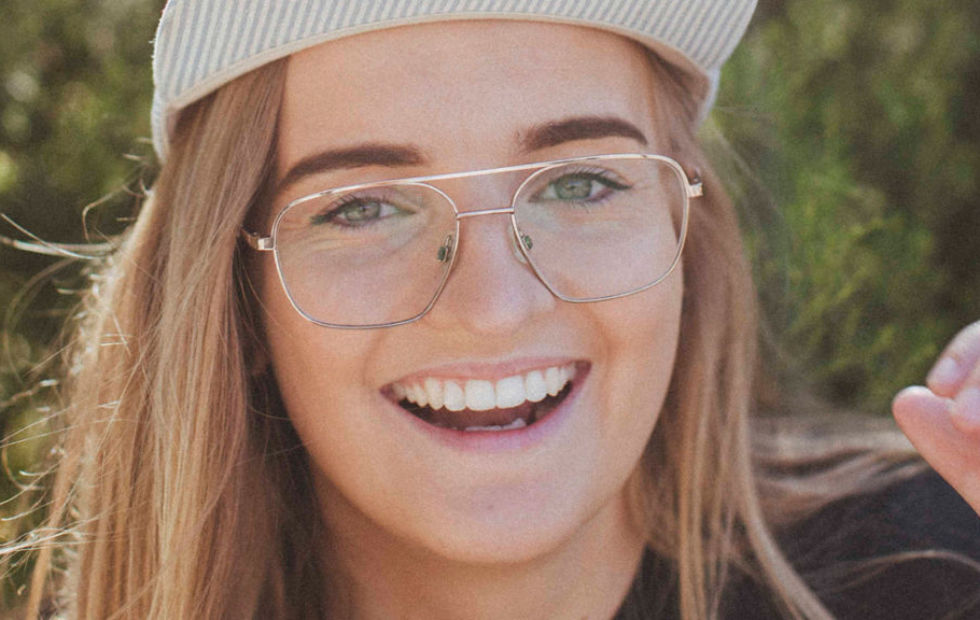 Melbourne singer, producer, and multi-instrumentalist G FLIP takes on her biggest headline tour ever, this May.

With an ever-expanding catalogue of electro-pop gems, from triple j staples ‘About You’ and ‘Killing My Time’, to brand new tracks ‘Bring Me Home’ and ‘Drink Too Much’, G Flip has risen from bedroom producer to immense success in just a short year. On New Years Eve, she blew audiences away with her cover of ‘Proud Mary’, performed live under the sails of the Sydney Opera House.

Her rapid ascendance has seen G Flip play standout sets at major festivals around the world, and chalk up more than 25 million global streams. She’s been championed by Beats 1, BBC Radio 1, KCRW and NPR and is one triple j’s most played artists for 2018.

“G Flip’s set was so inviting and varied, so funny and meaningful, that it’s hard to not to see a star in the making.” – LA Times

“a spry and springy hookfest that burrows into your subconscious in a matter of seconds.” – NPR

Unfiltered and driven, G Flip’s live show and on-stage banter are uniquely engaging. See the ground-breaking talent of this rising star in full flight, bursting onto stages this May. 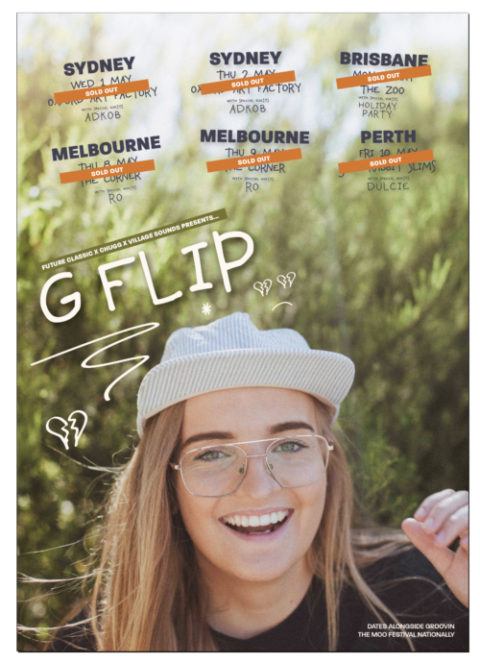