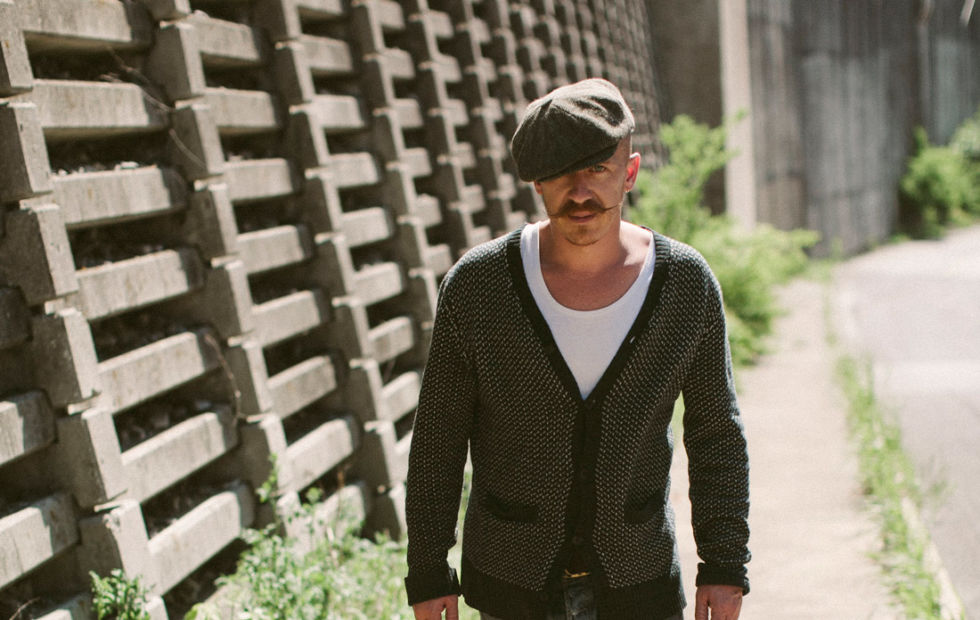 Songsmith Foy Vance will be making his first ever appearance in Australia this October, off the back of his debut album Joy Of Nothing.

Hailing from the outskirts of Belfast, as a child Vance relocated to Oklahoma in the US.  The son of a travelling church minister, he spent time exploring the American South; an experience that found his music horizons broadened, exposed to all manner of musical and social influences.  Returning to Ireland some years later, Foy began writing his own music, deeply shaped by the sounds of his youth.  After a recent session with Daytrotter, they described Vance’s songs and lyrics: “They will haunt you with light. They’ll haunt you with pangs of love. They’ll haunt you with the tears of others. They’ll make you realise that you’ve never felt anything even as remotely deep as he has.”  Recorded in Donegal, Ireland, Joy Of Nothing includes 10 original songs written and performed by Foy Vance with  very special guest appearances by Ed Sheeran and Bonnie Raitt, both artists he’s toured extensively with. 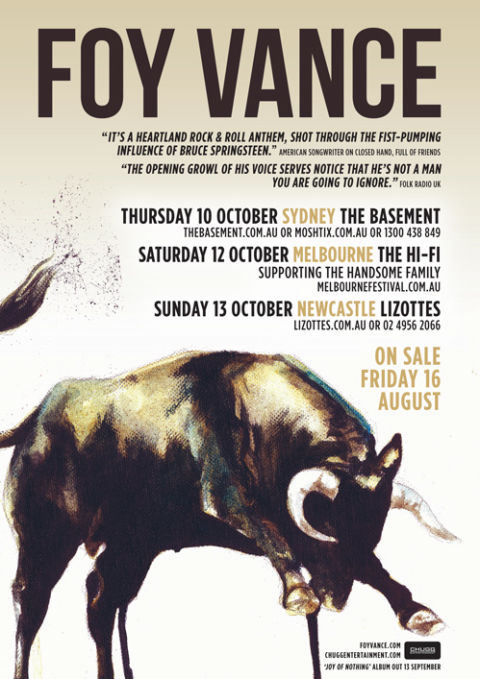