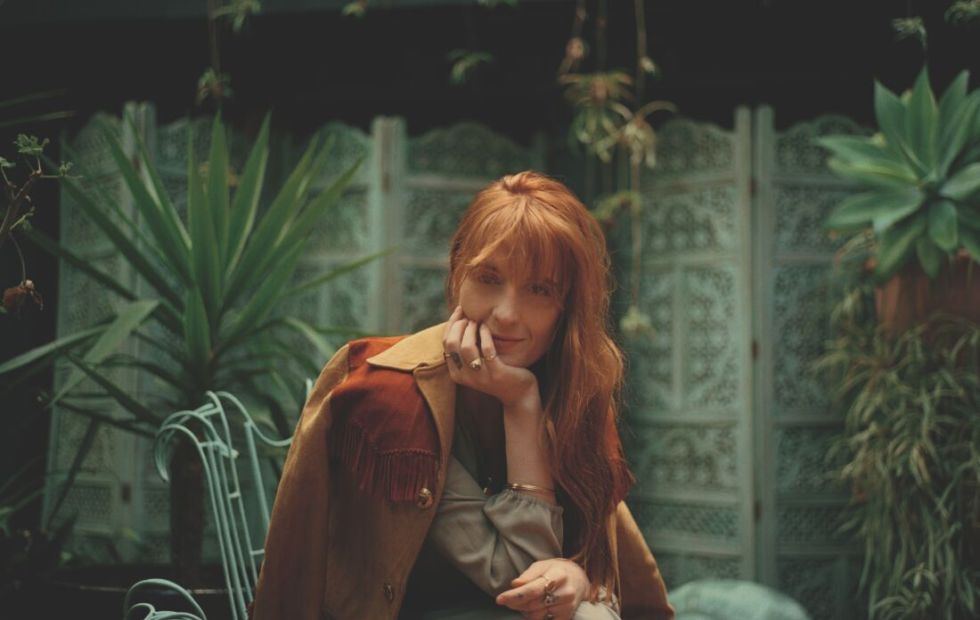 Going to the show?

Final tickets to Florence + The Machine’s January tour have been released and are expected to sell out ahead of the band’s arrival in Australia.

Famed for their mesmerising live show, Florence Welch and her band will gear up to unleash a set of songs spanning their previous three albums, and debut brand new songs from the forthcoming fourth studio album, High As Hope, live for Australian audiences.

“As she proved at Glastonbury, Florence is a match for anyone on the big stage, but when she strips the songs right back they contain just as much power”  – Line Of Best Fit

Off the back of a sold-out national tour and triple j feature album, local singer-songwriter Jack River has confirmed she will join the bill at Geelong’s A Day On The Green on Saturday 19th January and Sydney’s The Domain on Saturday 26th January, which will be the largest show Florence + The Machine has ever played in Australia and one of the largest ticketed music events ever to take place in the iconic open-air venue.

Recently Grammy nominated US RnB artist Leon Bridges, who will be in Australia in January for a headline East Coast tour, will make detour mid-tour, to make a very special appearance at Adelaide’s Botanic Park on Wednesday 16th January.

New Zealand indie-troubadour, Marlon Williams will warm the stage for Florence + The Machine on all Australian dates, having just returned from a sold-out world tour for his sophomore album, Make Way For Love.

Act quickly to secure your chance to catch Florence + The Machine when they return in January. 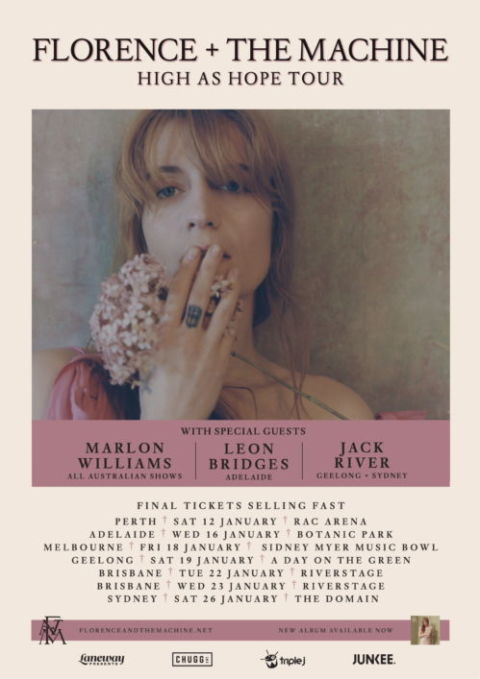