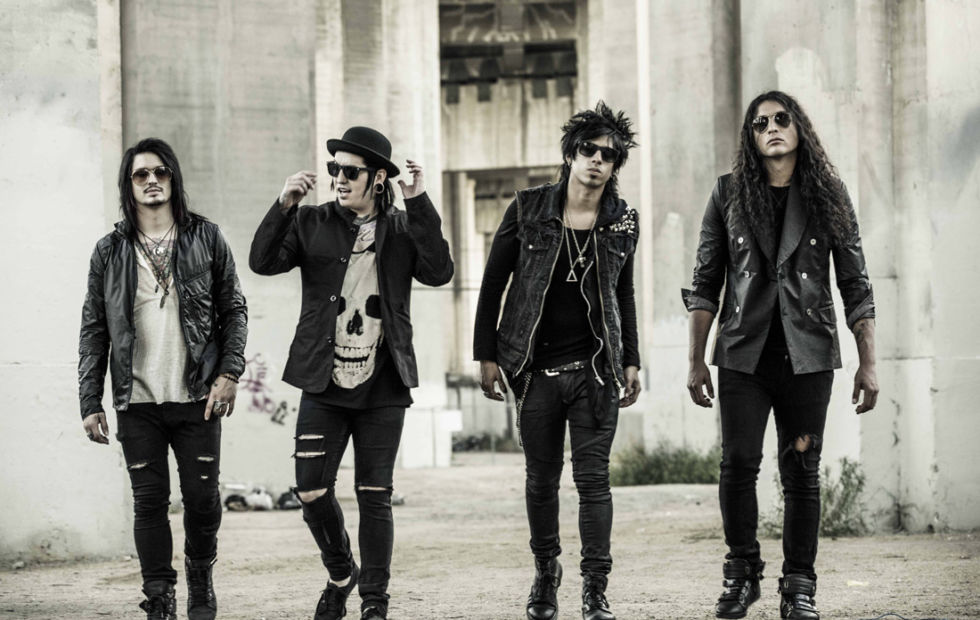 Las Vegas natives Escape The Fate have been slaying it on their current world tour and Australian fans will finally get their chance to witness a full headline tour this October… “We’re coming for everyone and we aren’t taking any prisoners,” says vocalist Craig Mabbitt.

They’ve always done it their way and now Hate Me sees them coming together as a team with their most stable line up in the bands history. Hate Me is Escape The Fate as a unity of musicians who worked together both musically and lyrically and the result is an album forged in stone.

“Hate Me has a powerful blistering set of new sounding melodic hardness that will have you listening to it over and over again, and possibly breaking everything in your living room as well!” – Maximum Threshold Stadium wrecking hooks and jackhammer breakdowns abound, Escape The Fate are bruisingly motivated and in the best shape of their career, meaning that fans are about to witness a new level of intensity and honesty in the bands live show. 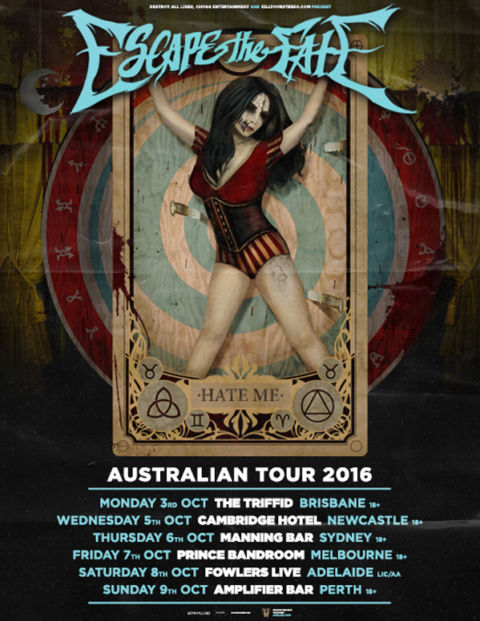