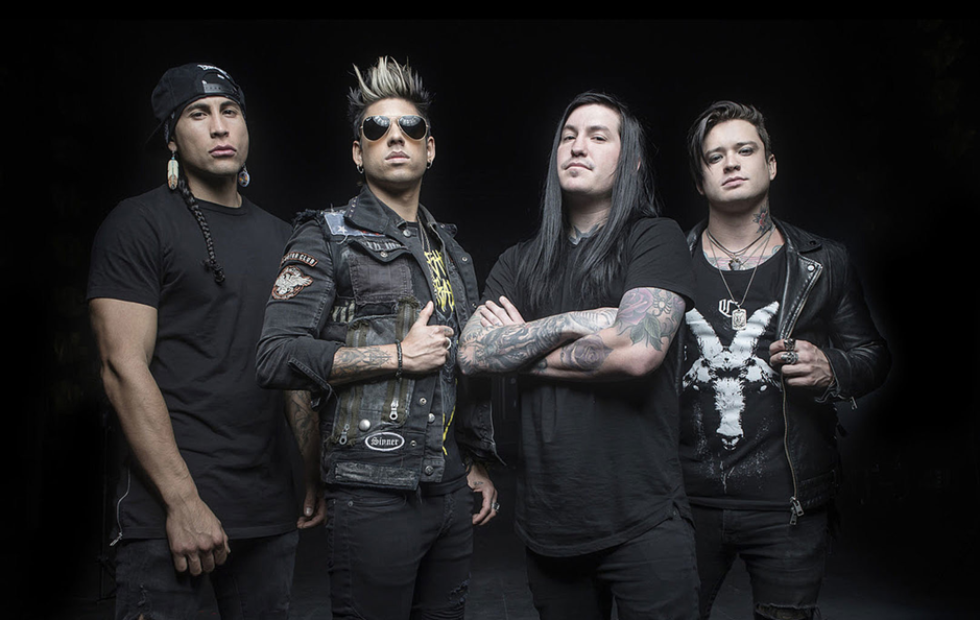 With special guests Awaken I Am and Between Kings.

ESCAPE THE FATE are headed back to Australia to celebrate the 10th Anniversary of their highly praised ‘This War Is Ours’. With ‘This War Is Ours’ESCAPE THE FATE came into their own exuding a spirit of chaotic mischief with each song firing like a cannon of pure rock genius. For the first time ever Australian fans will be treated to hearing the album in its entirety. But that’s not all! Fans will also be treated to Greatest Hits set to top it all off.

Hailing from the world’s most outlandish city, Las Vegas ESCAPE THE FATE are also about to release their 6th Album ‘I Am Human’ and the upcoming chapters not only look brighter than those Vegas lights but are set to resolutely be their best yet. 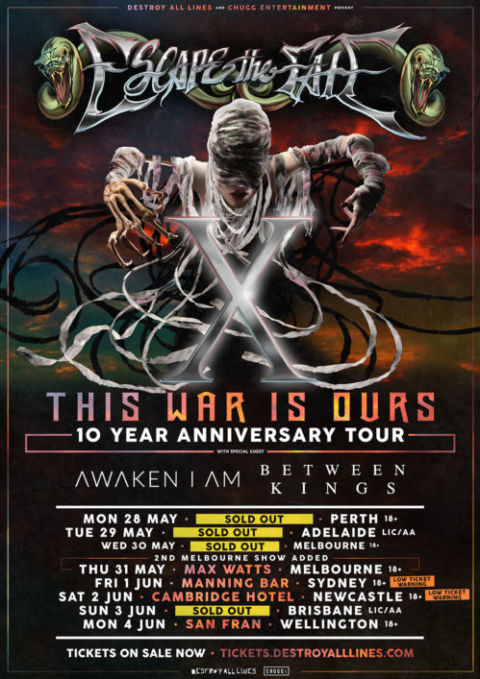