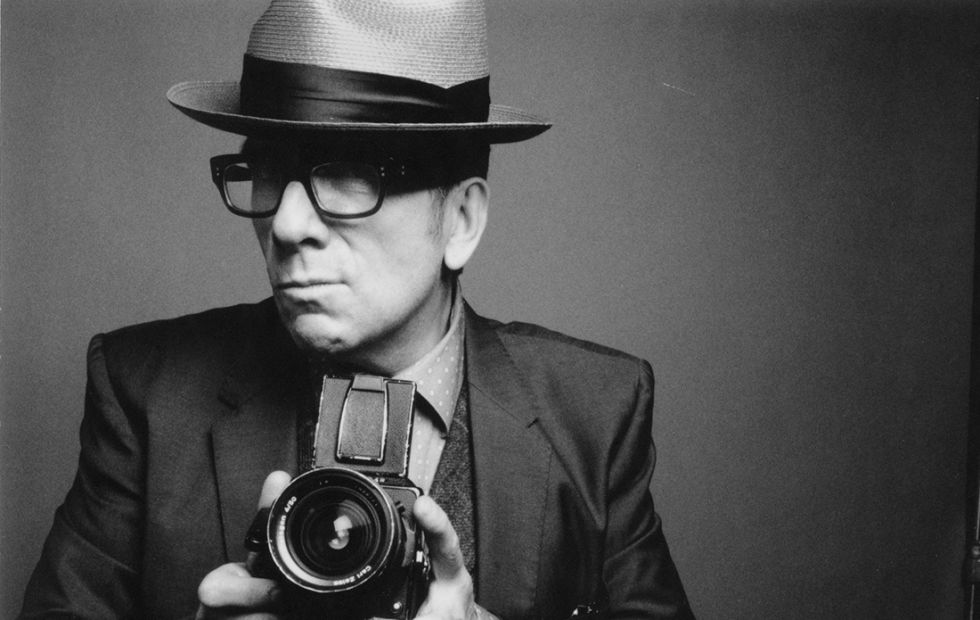 Australia continues its lengthy love affair when Elvis Costello as the acclaimed singer-songwriter returns to Australia in April 2014 bringing with him The Imposters. Costello for a long time has been a favoured son of Australia having toured here around dozen times since the late 70’s.

ELVIS COSTELLO has followed his musical curiosity in a career spanning almost four decades with a back catalogue of over 40 albums covering nearly every genre of music. He is probably best known for his performances with The Attractions, The Imposters and his solo shows with pianist Steve Nieve. More recently he gate crashed his own horizons by ‘collaborating’ with The Roots, producing Wise Up Ghost, one of this years finest musical offerings.

Elvis and The Imposters (Steve Nieve, Pete Thomas and Davey Faragher) will present an incredible night of entertainment taking audiences through the Costello musical encyclopedia refresher course with a selection of songs from the past, present and future. 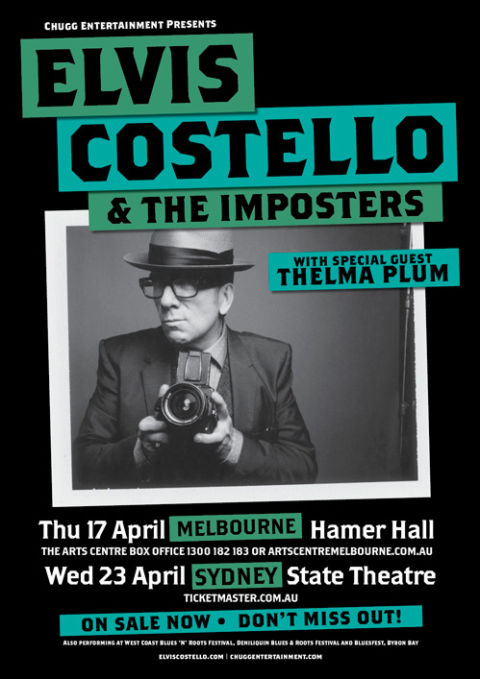