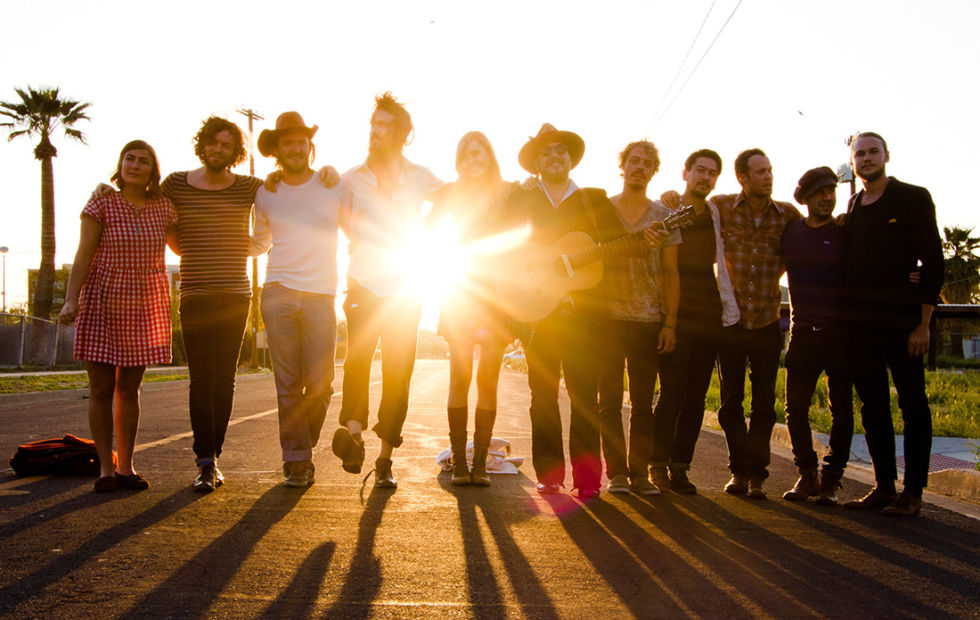 Edward Sharpe & The Magnetic Zeros have drawn comparison to acts such as The Polyphonic Spree, Arcade Fire and any number of hippy family bands from the 60’s and 70’s. With their shameless happiness and boundless energy, they are winning passionate new followers at every turn.

The mastermind behind the 11-piece group is Alex Ebert, former front man of indie/punk/electronic group, Ima Robot.  Ebert is also the creator of the bands fictitious namesake, Edward Sharpe, a character dreamed up during a difficult period where Ebert made an exit from the lifestyle he was lost in, one that included over indulgence and cynicism, and went back to basics. While in his apartment, he sketched out a the story of a boy called “Edward Sharpe” who was sent to earth to heal and save mankind, but kept getting distracted by beautiful girls and the power of love. Inspired by the story, Ebert found his own peace, and the affections of a stunning woman in the form of Jade Castrinos, who shares lead vocals. 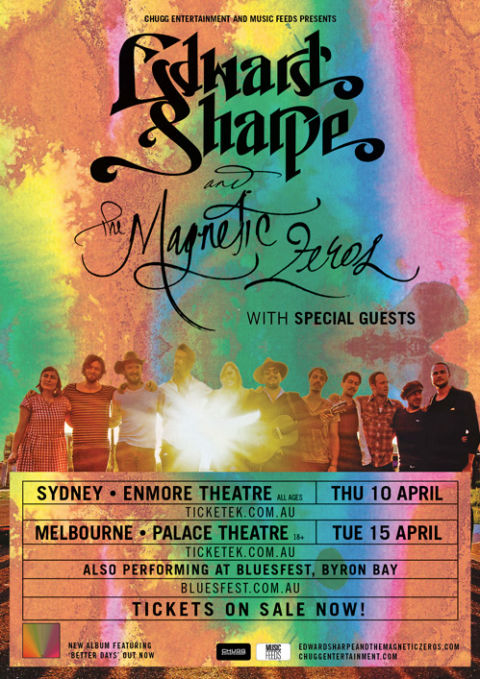