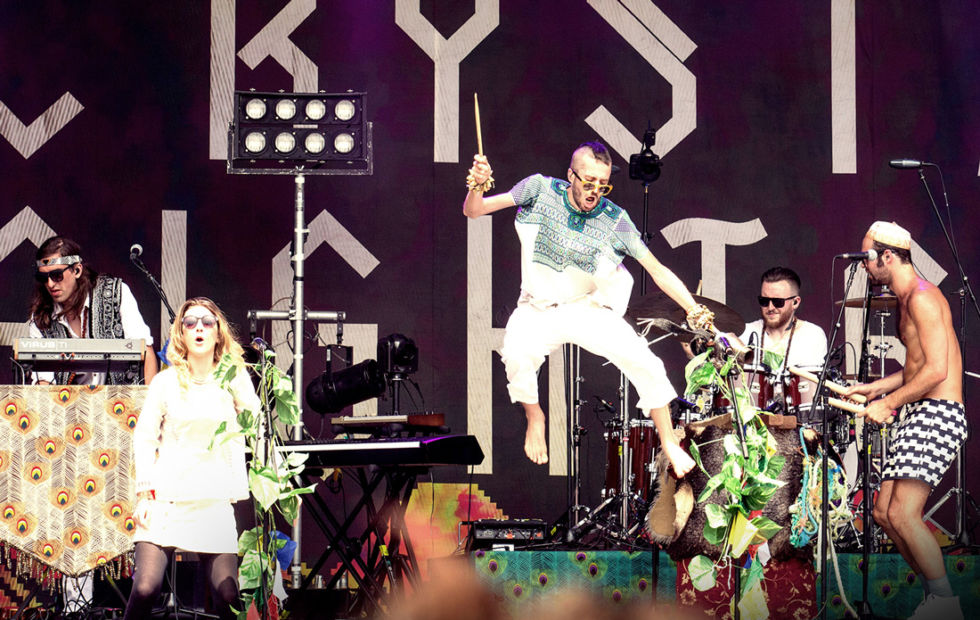 Crystal Fighters took Australia by storm in 2014, playing to capacity crowds at Falls and Southbound Festivals along with dual headline shows in Sydney and Melbourne, off the back of their sophomore album ‘Cave Rave’.

Front-man Sebastian Pringle says, “From the mist of the studio we are so happy to announce this trip to Australia. We’ve had some amazing times playing there and we can’t wait to be back on the East Coast!”

Crystal Fighters return to our shores this July, as part of a mammoth global tour that pre-empts the anticipated release of their third studio album. Performing some of their first international shows since 2014, Crystal Fighters hit the stage last week at Coachella’s opening weekend to rave reviews, with an epic follow up festival set to come this weekend. 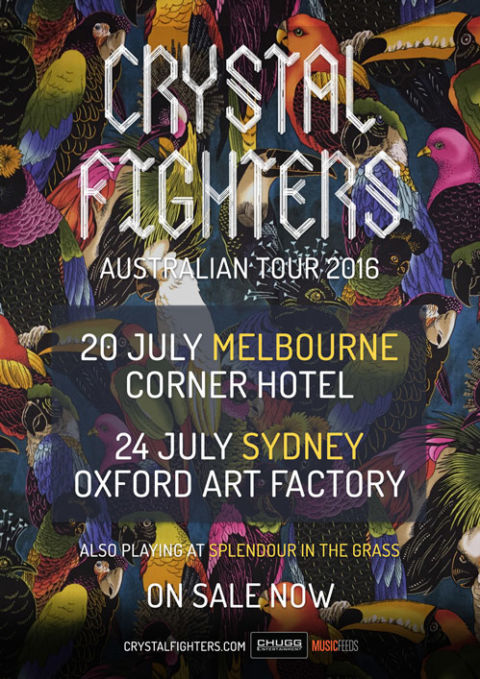