Counterparts & Stray From The Path 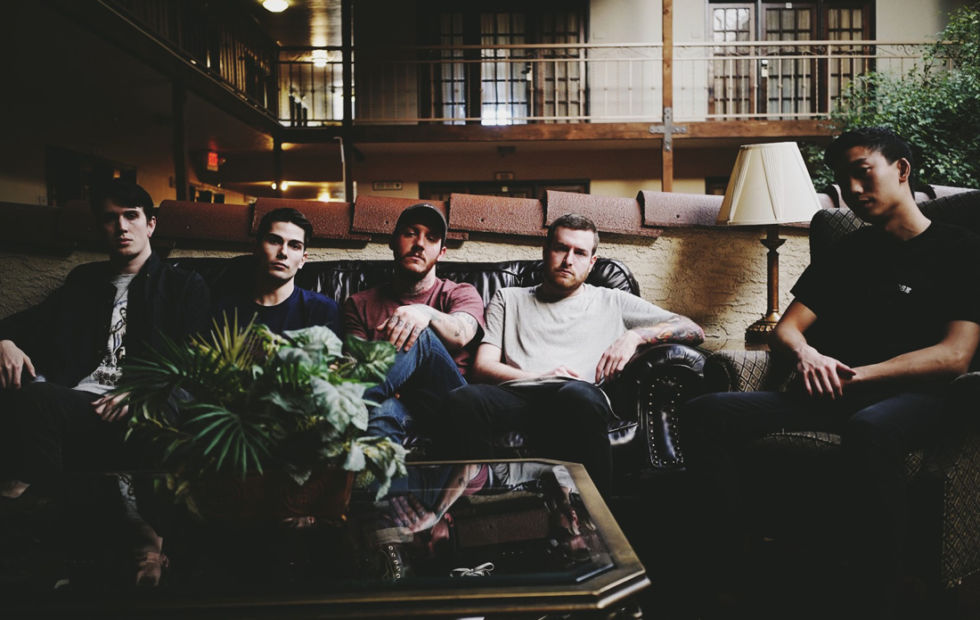 It’s not every day that a tour package is able to pair up two of North America’s most crushing and sonically charged heavy outfits of the modern era, yet here we are, announcing an Australia co-headline run for Canada’s Counterparts and feisty New Yorkers, Stray From The Path!

After 2015’s Tragedy Will Find Us smashed its way into the Billboard Top 200, Counterparts very quickly found themselves growing in stature. No longer one of a hundred hardworking but ‘not quite there’ acts, the Ontario-based group racked up an impressive 2 million Spotify streams for the record’s white hot trio of singles – “Burn,” “Solace” and “Stranger” – while immersing themselves in yet another whirlwind of a touring cycle.

New York’s fieriest, hip-hop-referencing metalheads, Stray From The Path, are no strangers to Australian shores, having previously wowed audiences in both a supporting and headline capacity.

Boldly dropping “The House Always Wins” on the same date as the 2016 US Presidential Election, the quartet backed it up with “Goodnight Alt-Right,” where their signature, razor-sharp sound was paired with one of the most violent, confronting and politically-relevant videos of the year. In fact, the clip’s raging imagery and biting lyrics managed to earn widespread from criticism from a number of alt-right groups throughout their native US, criticism that Stray From The Path tackled head on. 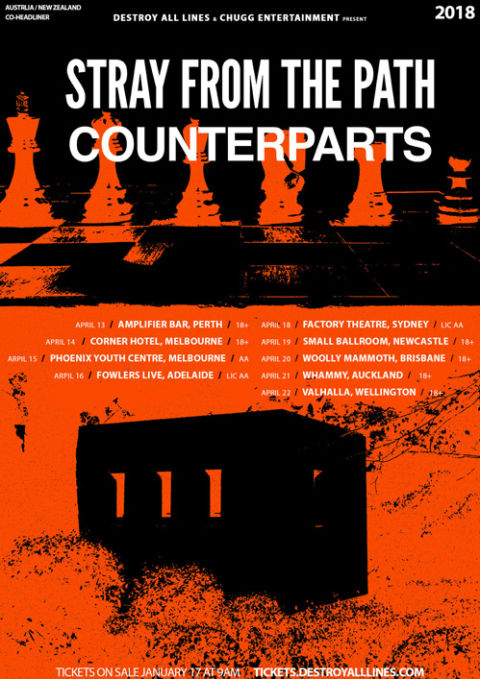