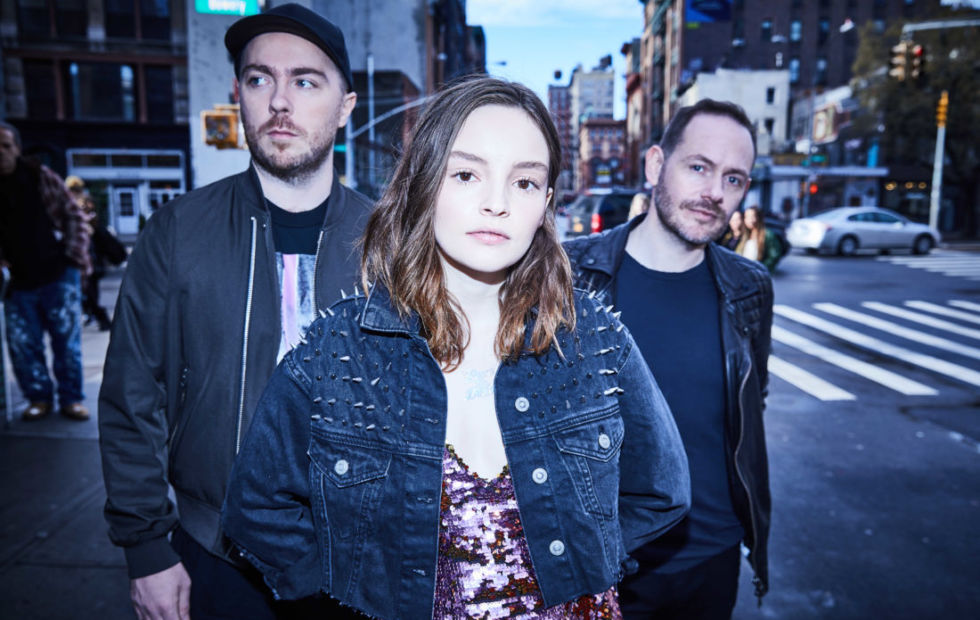 Already announced to be appearing at Splendour in the Grass in July 2018, synth-pop sensations CHVRCHES will also play two headline dates in Sydney and Melbourne on their anticipated return to Australia. Joining CHVRCHES will be Grammy-nominated Sydney trio MANSIONAIR, and indie songstress WAFIA; forming a stellar three-act line up not to be missed.

Last in Australia in 2016 to play St. Jerome’s Laneway Festival plus sold-out headline shows in Sydney and Melbourne, CHVRCHES have established themselves as a powerful live force, their unique brand of hard-hitting, glittering synth pop translating into a spellbinding live show. Led by the enigmatic Lauren Mayberry, the trio’s commanding on-stage presence has seen them tear apart stages at some of the world’s biggest music festivals including Coachella, Glastonbury and Bonnaroo, and play alongside indie legends Depeche Mode, Passion Pit and Two Door Cinema Club among others.

Chvrches has partnered with PLUS1 so that $1 from every ticket will go to support Girls Rock! and their work empowering girls, trans and gender-diverse young people through music education and mentorship. Proceeds from the Hordern Pavilion show will go to Girls Rock! Sydney and the Margaret Court Arena show to Girls Rock! Melbourne. Visit www.girlsrocksydney.org and www.girlsrockmelbourne.com for more details. 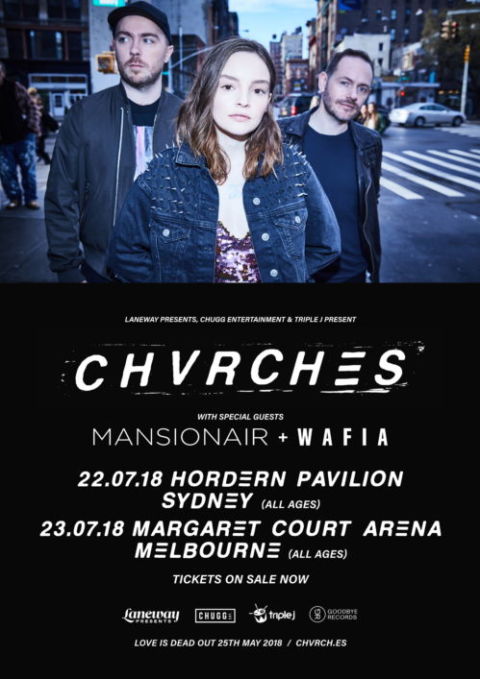