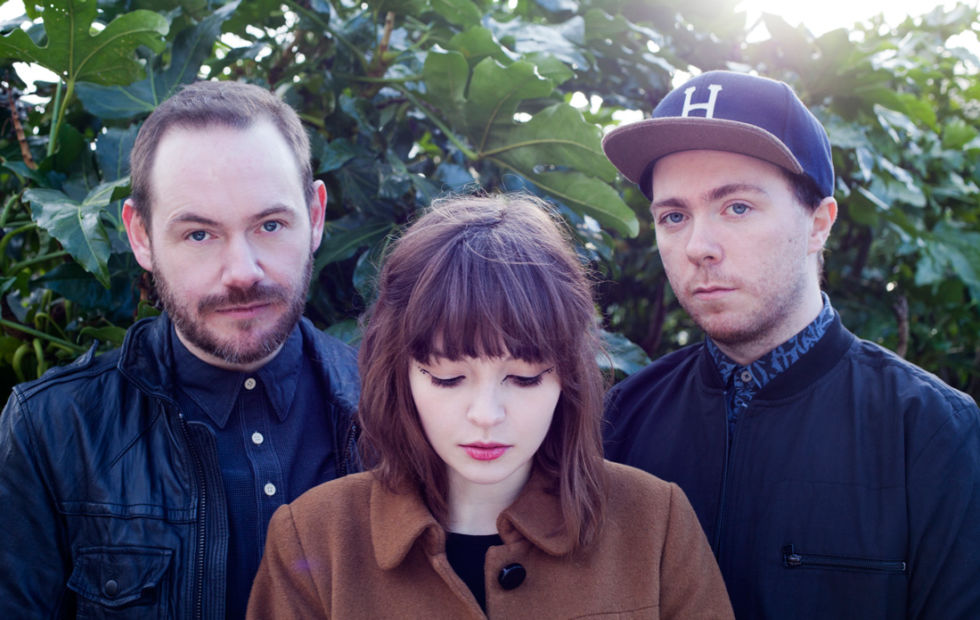 “Seeing Chvrches live is akin to discovering a 1980s edition of Top of the Pops, in which Clare Grogan of Altered Images has teamed up with a Pet Shop Boys consisting of two Chris Lowes.”  The Guardian on Chvrches‘ Village Underground (London) show, April 2013

2013 has seen a frenzied uphill trajectory for the Scottish three-piece, with accolades and kudos racking up from critics, industry heavyweights and music fans alike.  Embarking on a manic touring schedule, the coming months will see them undertake a national US headline tour, countless festival appearances including Summersonic (Japan) and T In The Park (Scotland) to Reading & Leeds (UK) and Pukkelpop (Belgium) with the news just this week that they’ll be playing the  first ever St Jerome’s Laneway Festival in Detroit this September.

Recently they’ve been receiving well due hype for their remix of the MS MR track Hurricane, with EarMilk saying of Chvrches‘ efforts “Their clever approach at a trending style has garnered widespread acclaim from across the musical spectrum over the past year. Trademark instrumentals support Lizzy Plapinger’s (MS MR) cooing vocals, which hit with enthusiastic punctuality when paired with Chvrches‘ heavy electronic presence.” 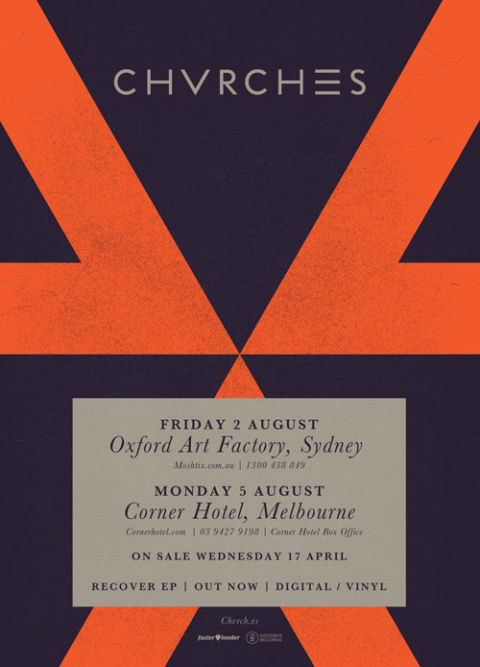