A Celebration of Australian Road Crew 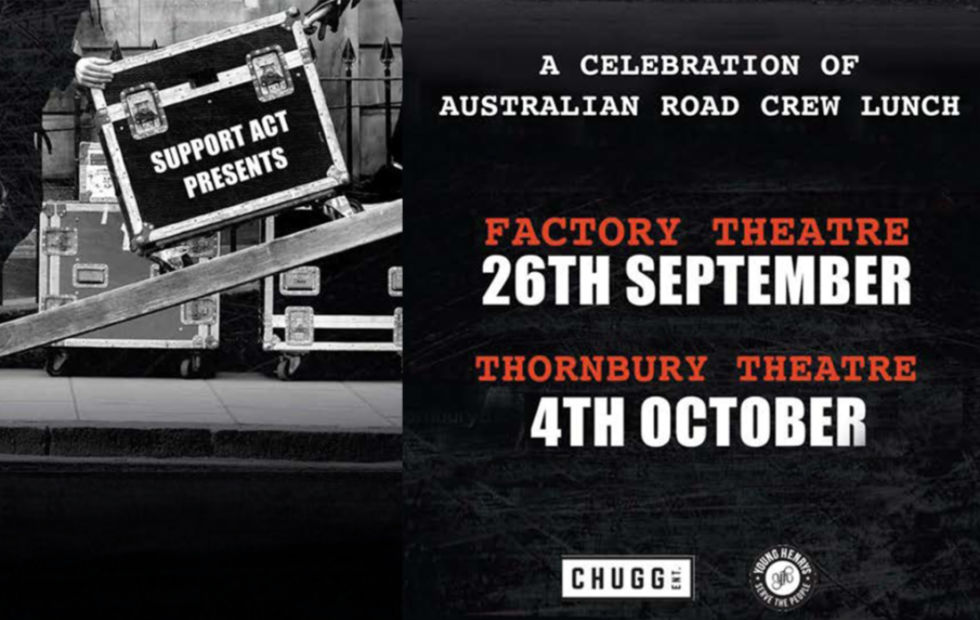 To coincide with the publication of Roadies – The Secret History of AustralianRock‘n’Roll by Stuart Coupe, Chugg Entertainment & Support Act are pleased to announce two special lunchtime events at The Factory, Sydney (Wednesday, 26 September 2018) and Thornbury Theatre, Melbourne (Thursday, 4 October 2018).

During the lunches, Stuart will sit down with legends of the Australian road crew world, Nicky Campbell and Ross Ferguson in Sydney and Howard Freeman and Geoff Lloyd in Melbourne to recall various tales of life on the road. The world’s first female roadie, Tana Douglas, is flying in from Los Angeles to speak on both panels. All are featured in Stuart’s book, which covers 60 years of Australian music, commencing in 1957.

The lunches will run from 12:00pm until 2:30pm and will include acoustic performances in Sydney from Richard Clapton & Dave Faulkner and Brad Shepherd from Hoodoo Gurus. Ross Wilson and Phil Manning will be performing in Melbourne. All attendees will receive a signed copy of the book with net proceeds to benefit the Support Act Roadies Fund, which is administered in association with ARCA – The Australian Road Crew Association.

“Roadies are the backbone of the Australian music industry. Like everyone else, we were excited to hear that their contribution to Australian music was being documented by Stuart. We are looking forward to re-living the highs and the lows, and of course, to raising funds for those that are doing it tough.”- Clive Miller, CEO of Support Act 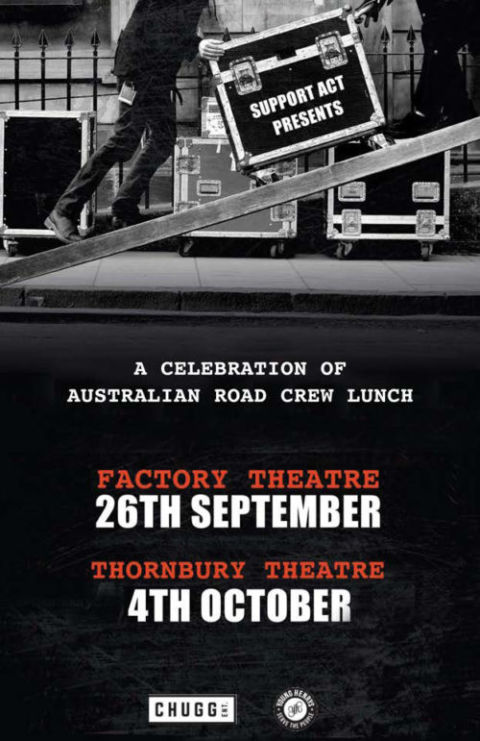