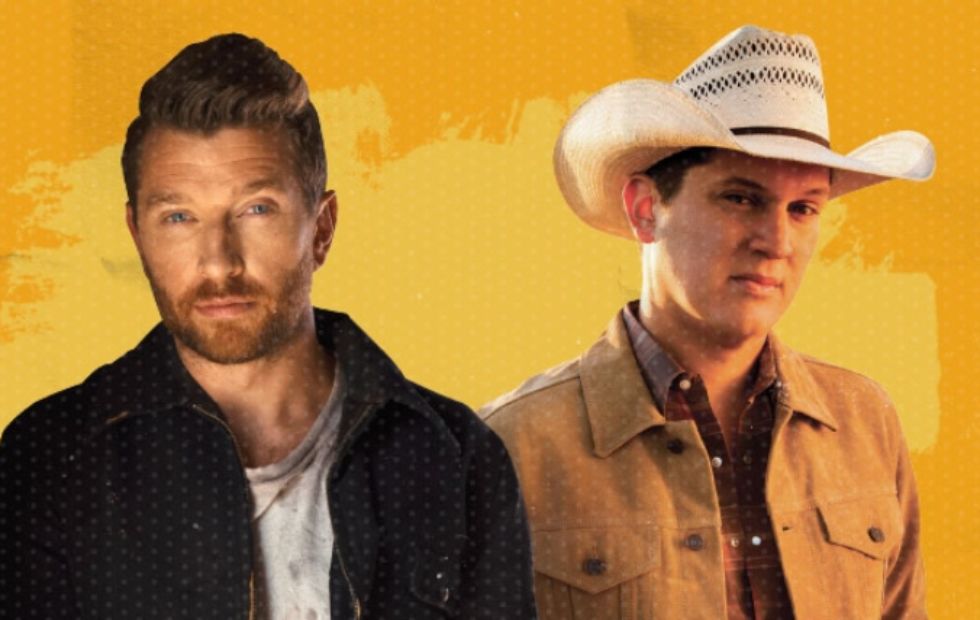 Brett Eldredge and Jon Pardi, two of the hottest stars in American country music, will play their first ever Australian shows in 2019.

Multi award-winning, platinum-selling dynamo, Brett Eldredge, is a star on an incredible trajectory. His first two albums, Bring You Back and Illinois, debuted in the top two positions on Billboard’s country chart, between them garnering six consecutive No.1 singles including smash hit Drunk On Your Love’.

He scored 2014’s CMA New Artist of the Year award, has played to sell-out venues around the world, and last month joined a star-studded line-up to salute Ray Charles at Nashville’s iconic Grand Ole Opry. He’s the rare breed of entertainer who shines as much in the live arena as in the studio.

Chart-topper, Jon Pardi, has dominated US country airwaves this year, with back-to-back No.1 hits, ‘Dirt On My Boots’, platinum-selling ‘Head Over Boots’ and ‘Heartache On The Dance Floor’. Recorded live with a 7-piece band, Pardi’s sophomore album California Sunrise has earned the artist performance slots on Late Night with Seth Meyers, ABC’s Good Morning America and more. He’s traversed the States from coast to coast, touring with the likes of Eric Church, Dierks Bentley, Luke Bryan and Zac Brown Band.

Proven hit-makers and burgeoning superstars, Brett Eldredge and Jon Pardi will deliver a night of explosive country music right across the East Coast this April and May. They’ll be raring to blow existing fans away when they land in Australia for the very first time, whilst leaving a new legion of admirers in their wake. 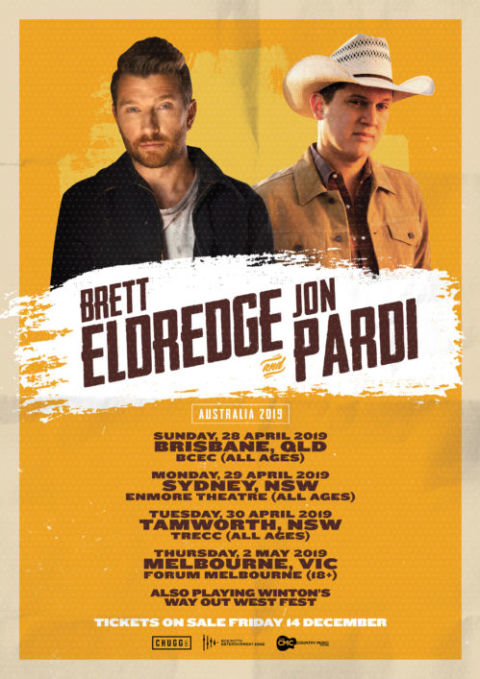