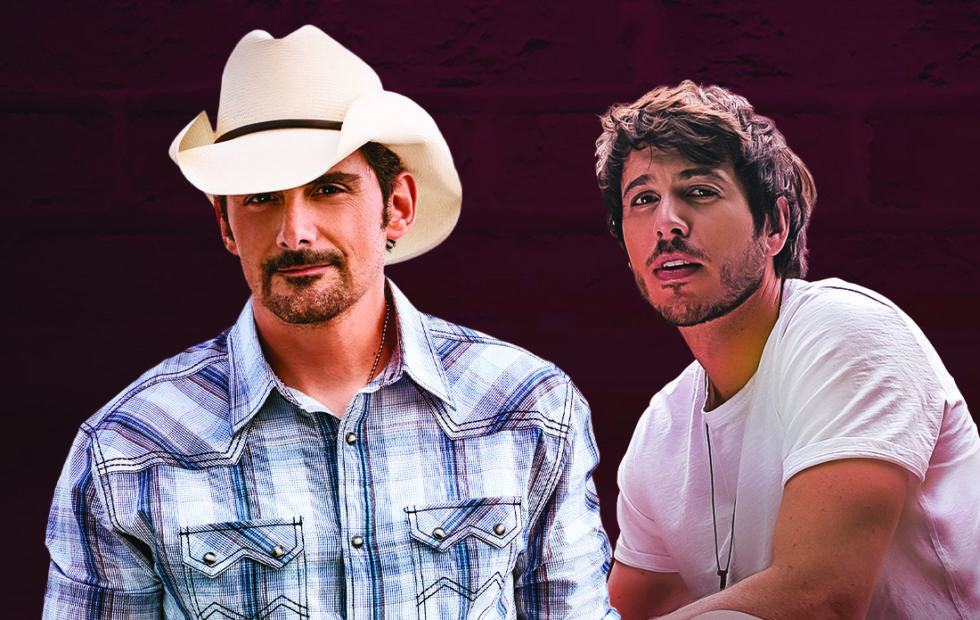 The wait is over, country fans! Following CMC Rocks QLD 2022’s one day sell out, Potts Entertainment, Chugg Entertainment and Frontier Touring are thrilled to announce Brad Paisley will play his first ever headline shows in Australia and New Zealand along with Morgan Evans, who is also slated to headline CMC Rocks QLD.

Brad Paisley is a global country music superstar who has earned his place in country music history as one of the genre’s most talented and decorated artists. Over the past 21 years, his songwriting and unmatched showmanship have won him numerous awards, including three GRAMMYs, two American Music Awards, 14 Country Music Association Awards and 15 Academy of Country Music Awards among many others.

“Tonight’s show was a beautiful musical extravaganza! Paisley is a true entertainer! If you have not seen a Brad Paisely concert, do yourself a favour and GO SEE HIM! You won’t be disappointed.” – PCN Magazine October 2021

Australian born and bred Morgan Evans has grown to become one of the most exciting artists on the global country music scene right now. Having relocated to Nashville in 2017, Morgan exploded onto the US Billboard Country Airplay chart with ‘Kiss Somebody’ hitting #1 and being certified Gold and achieving Platinum in Australia. ‘Day Drunk’ followed which hit the Top 20 in the US and is certified 2 x Platinum in Australia. Both hit singles feature on Morgan’s album ‘Things That We Drink To’ which reached the Top 10 on the US Billboard Country Album chart and Top 5 in Australia on the ARIA Album chart. Morgan went on to win the ARIA Award for Country Album of the Year in 2019. 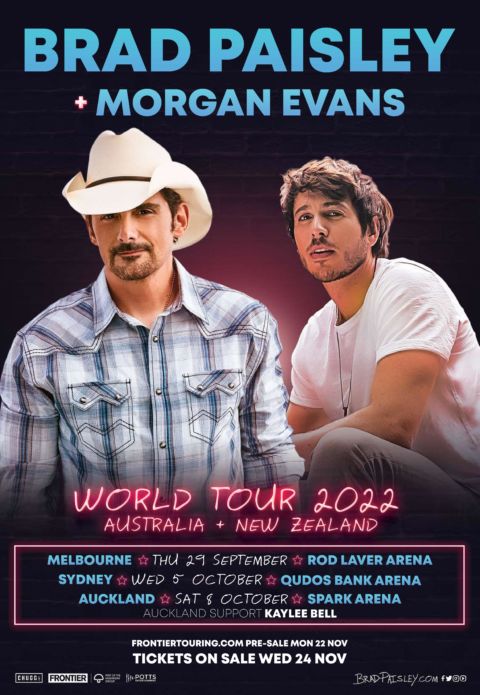