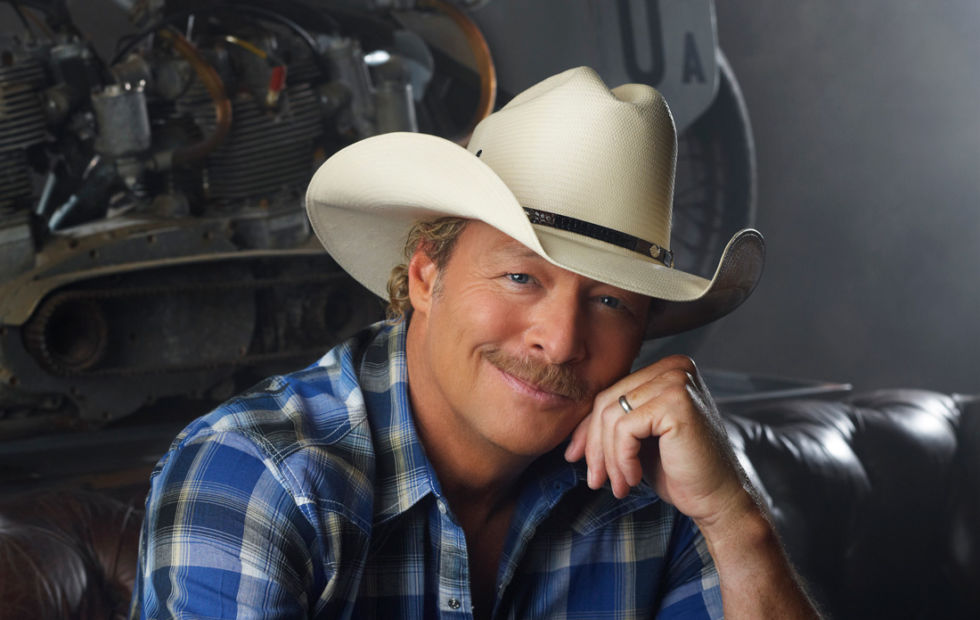 “I’d always heard great things about Australia, and everybody was right – it’s a beautiful country and the people were really nice,” Jackson says. “I really enjoyed it, and I’m glad to be going back to play for the folks down under who love country music.”

Alan Jackson’s first Australian tour in 2011 sold out in minutes, prompting organisers to quickly add additional shows. “Worth the wait? Most definitely,” said AAP of Jackson’s 2011 concerts, while the Melbourne Herald Sun noted “[Jackson] can just about walk on water for his millions of fans”. The Brisbane Courier Mail headlined their review, “Country Charm from a Master.”

Alan Jackson is one of the most successful and respected singer-songwriters in music. He’s in the elite company of Lennon and McCartney among artists who’ve written and recorded more than 20 US #1 hits. He’s sold nearly 60 million albums worldwide, and has scored nearly 40 Top 10 hits in Australia, with 15 #1s including “Good Time,” “It’s Five O’clock Somewhere,” “Little Bitty” and “I’ll Go On Loving You” – each spent a month at the top of the Australian music charts. 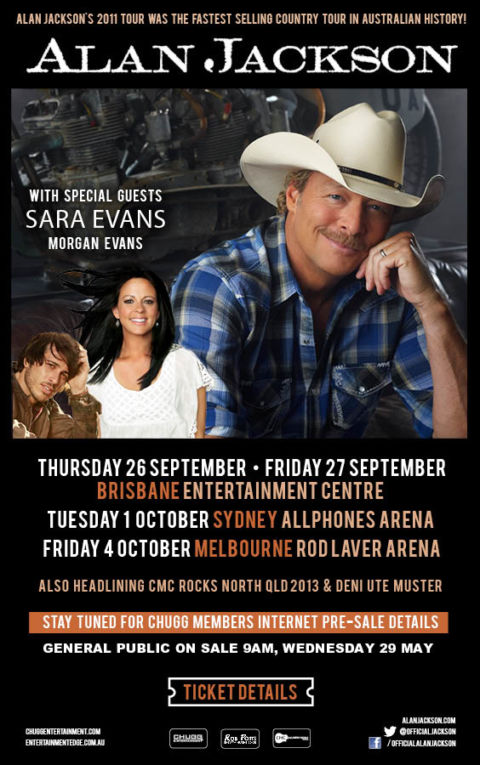